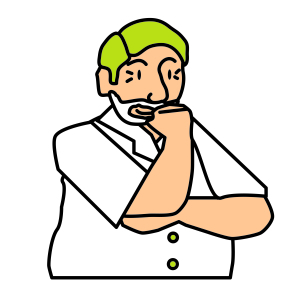 Bob is a 59-year-old Pākehā husband, and uncle, who lives with his wife in a mid-sized NZ city. He does voluntary work for a mental health service.

I started smoking about 16 because of guys at work smoking. I probably just play smoked. It was only when I went to a party and was given marijuana that I started inhaling cigarettes. Like, instead of inhaling and holding it in my mouth, I started inhaling into my lungs.

I smoked until I was 52 which is when I had a brain aneurysm. After that I joined a church and you had to go three months without smoking. So, I tried to quit. Every time I fancied a smoke I’d give it up to God. It worked for a couple of months but that was it. I still joined. I kind of told them I was stopped.

I’ve been back smoking solidly for seven years. At the moment I’ve got myself down to roughly a pack a week. But the last couple of weeks have been stressful because our old cat died so I’ve done 2 or 3 packs a week.

Yes. I’ve been vaping a good 2 and a half, maybe 3 years. I spent a lot of money on it. You go into the shop and they recommend you start off on something basic, and as your experience gets better you tend to upgrade, which I did a few times, we both have. My wife vapes as well. She hasn’t smoked for probably 3 years now. We had a border at the time and they started vaping when I did, and both stopped smoking. To see my partner only vape is fantastic - she used to smoke 4 or 5 packets a day.

I wished I could have done it myself. It annoys me. I can’t seem to lose that hook. In a perfect world I’d say I’ll stop smoking now. I don’t know whether it’s the extra chemicals in the tobacco or whatever that I’m hooked on, but there’s that craving. I have just been so addicted for so many years.

I’m actually vaping more than smoking. My heaviest time of smoking is first thing in the morning. At night while I’m watching TV I split usually 5 tailor-made‘s and I’ll get 3 maybe 4 rollies out of each cigarette. And that’s usually my daily quota. In the morning once I’ve got the coffee made and I’ve been to the bathroom - probably 4 minutes after waking- I have my first cigarette. I might have 8 or 10 of my little rollies in the morning. Then it kind of peters out during the day when I vape instead. But, at the mental health centre when some of the tutors go out for a smoke, I follow them and smoke as well. It’s a stressed environment.

I can’t buy the loose tobacco because it’s $50 a packet - that really makes me feel ‘ouch’, because we’re on supported living payments. We’ve gone from both working and earning good money and now we are both disabled and we probably have $49,000 a year for both of us combined.

It was a bit hard through lockdown because the brand I buy is only available through tobacconists and they weren’t open. The brands at the dairy or petrol station are dearer, and then they put the price up and really gave me heart failure! A pack of 20 went from like $25.95 to $29 something. I was fuming.

I was quite lucky for lockdown. A friend made me up what he called “virgin juices” - it had the VG and the nicotine in it, and I had some concentrates which I got from the vape show so I could mix up my own flavours so I didn’t run out during lockdown.

If the law change bans hybrid stores, that will affect me because I get my cigarettes at the same time as buying fixed pods. I won’t want to buy from petrol stations they only sell basics and I wouldn’t feel comfortable because I don’t know where they came from.

Yeah. Someone bought me a couple of plants. They said this will make it cheaper for you and I had two humongous plants. But the thing is, when you pick the leaves you’ve got to put it somewhere that’s got airflow to dry. Well, it gets pretty damp down here and so they just rotted on me. It’s not an easy thing. It’s not like you put the plants in the ground and away you go and then you get tobacco.

They used to talk to me about smoking but now they’ve learnt better not to ask me the question.

Attitude of people towards vaping & bans on vaping

I can’t see how vaping should be included seriously. If I had the time and the money to go and see them, I’d ask the question, “Were you born a moron?” There’s no comparison. It’s like saying my Nerf gun will put two holes through you. We all know it won’t. A real gun will. The real gun is smoking. The Nerf gun is vaping. Personally, it’s a misconception as far as I’m concerned.

I am affected, because if I go to the local weekend market, which is in a carpark, then yeah, people see me vaping and you can see them walking away. They’ve got this mental thing that cigarette smoke smells nasty and is bad, and they think that vapour is bad for them, which is a load of horse pucky. Sometimes you’ll get the odd person who gets a look on their face - almost like a look of disgust. I’m kind of used to it. I’m kinda like, ‘well get over it’. You know your car probably puts out more poisonous omissions than my vape.

All I can see is if it’s legalised the government's gonna make a truckload of money. I’m aware some vaper shops in the city - they have already said that if it passes, they will be selling marijuana.

I’ve had a minor stroke. I’ve still got a bit of a droopy right-hand side of the face, but apart from that I'm fine.

I still had reasonable strength in the side that was affected. Normally, when you have a stroke, you are reasonably paralysed down one side. The corner of your mouth droops, your eye droops, your face droops as if it’s melted wax. That’s the only way I can describe it so you can envision it. You can’t hold two arms level out in front without one of them dropping.

I just woke up and I was like that. There was no pain whatsoever involved with it.  I looked in the mirror and I went, whoa what’s this? I went to the doctor’s and the doctor rang the hospital, and I went up to the hospital from there.

I was only in hospital for a day. I just bounce back straightaway. The doctors came round in the morning and said everything looks fine, you've passed physio, you've passed OT, you've passed the speech guy, you should be able to leave this afternoon.

They’ve got no idea what the cause was. They did a CT on my head. They did an x-ray on my chest. They took my bloods. I’ve not seen the result of the CT, or the x-ray, or the bloods – that was at least 6 weeks ago

They mentioned that I shouldn’t be smoking. I think they were more worried about my diet, rather than my smoking.

Not one person noticed that I had a pen vape around my neck and that I was using it in hospital. With this particular pen vape, if you inhale it, and then do another quick breath without the vape there, you're actually drawing it all into your lungs and no cloud comes out whatsoever.

“Would you like some help to quit?”  Meaning, do I want to be on a cessation programme.

I said, “Nah, she’s ’right,” and that was it. So yeah, that’s pretty much what they all said and, you know, the usual document comes out when you get discharged.  It says, Current Smoker? Yes. Offered advice? Declined.

I'm still smoking. Some days I only have 3 tailor-mades, which I split into skinny rollies.  Some days, I have 4.

After the stroke, I was trying to vape a lot more. I was trying to be a bit more responsible with my body. I started eating a lot more fruit, but that was not a good idea because it blew my blood sugars out of whack. So, I stopped eating fruit. I had a lady from The Stroke Foundation come round to see me. She gave me a piece of paper to fill out and it asks: What changes have you made to lunch, or dinner? Have you eaten more fruit? Have you eaten more vegetables?  She said she’d be back within 2 weeks to see me. That was 3 or 4 weeks ago.

Unfortunately, the medical place where I go has a reasonably heavy rotation of GPs.  The GP I saw when this stroke happened said, “I think you've had a stroke, I'll call the registrar at the hospital”, and that was pretty much it. Thank you very much sir, that’ll be $20.

All I had was the follow-up to see if I could drive again, because once you have a stroke you are not allowed to drive for a month. The stroke-lady said, “Technically, it’s your second stroke so you shouldn't be driving for three months.” I had my aneurism 16 years ago.

When you think about it, all any of them say to you is, “Are you a smoker?” Yes. “Do you want any help in quitting?” If you say no, well that’s it. I've been offered no ongoing therapy, treatment or whatever. They could see that I vaped and no one said, “Why don’t you vape more to help you with stopping smoking?”

I’m still trying to only vape and not smoke, but then I look in my drawer and I go, “Oh gee, I've only got 4 cigarettes left to roll up, I better buy another pack.”