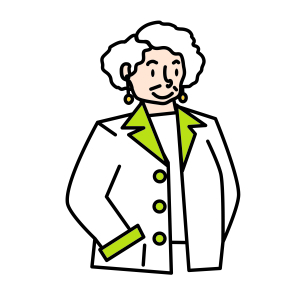 Elspeth is a 62-year-old New Zealand woman of Scottish heritage, who lives in a mid-sized rural town. Due to injuries from an accident, she now works part-time

Smoking - it was ingrained in my upbringing that it was unacceptable. My parents were Brethren, so they didn’t smoke.  They weren’t anti, but around family it was just a given ‘no’. I’m what you’d call a considerate smoker because I always assumed that other people could have the same sorts of issues about it being unacceptable. So, I tended not to smoke around others, to not offend or cause any harm or distress to anybody else. For me, there was never really an open acceptability of smoking. It’s way more reinforced now, of course, by legislation and bysocial pressure, and maybe rightly so. I don’t have an opinion about it, really.

I tend to smoke if I’m concentrating, so if I’m studying, or reading and it needs deep concentration. If I’m in a social situation, or in a conversation, with people, I don’t smoke as much because they - I don’t know - take my attention, or, I’m involved or I don’t want to miss something. So, I’m a sad, lonely single smoker ha ha.

It’s been 30 something years now – it’s just become part and parcel of me.

I think I smoke more now (between 10 and 20 a day) than when I started. It’s gone through phases. Whenever I was overseas, I didn’t like the cigarettes so I didn’t smoke at all. They didn’t have the menthol I like. So, it just became, no, I can’t be arsed. But, as soon as I hit the airport, got my brand, well… I’m crap at rolling my own, so I smoke tailor-mades, a kind of middle-of-the-road menthol brand.  It just has a different sensation that, for me, just became a habit. Same when I had a month in hospital, in rehab years ago - and more recently after the accident - never smoked, never wanted to.  As soon as I got out, I smoked.

This last time, in hospital, they did ask me: did I want patches? I didn’t. My doctor asked if I was interested in any kind of cessation. He said, “I’m not gonna give you a lecture, you’re bright enough to work it out”. I said, “Yeah, I am”. I think he was respectful. The offer was there at any time if I wanted to. He never harped on about it.

The last place I worked was a health organisation. My work took immense concentration - which is normally when I would smoke. That there were people around, mitigated it. If I was going to have a smoke, say in the lunch break, I literally would go and hide somewhere that wasn’t visible to them or to anyone else, which tended to be at the back of buildings. In my case, the office was next door to a brothel, so I’d go and have a quick smoke with the girls.

I understand why there are some bans on where you can smoke, like pubs and places - people don’t want to be forced into a smoke-filled environment. Most have accommodated that in the hospitality sector by having some outside areas. So long as that is provided, I’m perfectly happy with that. Likewise, in public parks and places.  Although, I do think there should be a closed off, or not visible, area that people can pop in and out of, if it’s about visibility - like Disneyland has. There should be comfortable covered areas and there should be ashtrays so the poor buggers just trying to have a smoke are not standing in the wind and pissing rain.

Cigarettes are certainly more expensive. I’m very conscious of that. I know if I couldn’t afford it, I wouldn’t, that’s just the reality. I went through a period of being a little more careful, asking myself, do I really need one now? Or,  shall I leave it till the next break or the next? I did that for some time and then it just got to the point of, oh, screw it!

I’m really mixed on it. I think the high prices do work for probably a fair bit of the population, but the government needs to think about all of the tax they take and use it to counter-balance some of the other effects. There’s an underground market, and the robberies from dairies. People I know, in the 20’s age group, they mostly buy through what has been stolen.

I think they just haven’t made smoking unlawful because there’s simple income to be made of it. And the Smokefree 2025 goal – apart from leaving me traumatised ha ha, it’s unrealistic. I certainly support not encouraging anyone to smoke, don’t get me wrong there. But, there’s plenty of evidence on all kinds of fronts, that if they attempt to ban things, there will always be another market.

My smoking probably increased during lockdown, but not a lot. I had been kind of trapped in the house for so long because of the accident and was starting to go out a lot more and do a lot more things, and drive and I don’t smoke in the car. Because you’re out and you’re doing things, smoking isn’t really much of an option.

I did go and buy bulk. I did go to online grocery shopping which I had been doing anyway while I was stuck in a wheelchair.  Countdown was the only one that would deliver. But they have just limited how many packs of cigarettes you can buy! Before lockdown, they’d let you buy as many packets or cartons as you wanted. I used to buy fortnightly and get a carton. Now I have to buy individual packets and I think it’s only three. I wondered if it was about the safety of the van drivers – protecting them from being robbed? It seems to vary by supermarket. Some won’t sell cigarettes online. But, they’ll sell alcohol.