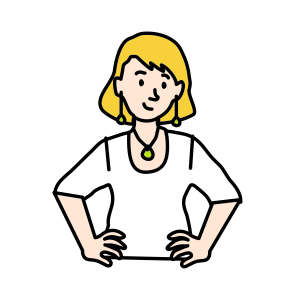 Julie lives and works with her husband north of Auckland in a semi-rural area. She is a Pākehā grandmother in her early 50s, with three grown sons.

When I was 14, I got in with the wrong group at school and I was doing anything I could to annoy my mother. She had rules but there was no consequence if I didn’t follow them. At school, I got caught smoking and got an hour detention after school. Pretty much I went off the rails at 14. Like, I said to Mum “I’m leaving school.” And she said, ”You’re not leaving school until you’ve got a job.” So, I wagged another day off school and went and found a job. A week later I said, “I’m moving out now, see ya” and I went flatting.

I stopped smoking every time I was pregnant until I stopped breastfeeding, and then I started again. So, just over a year each time. My daughter-in-law’s putting the pressure on me a little bit because she’s pregnant with her second one. She says to me every day, ”You should be giving up smoking with me.” And I said, “But you’re going to get back to it after you finish feeding baby anyway.” She does the same as what I did.

When I was in hospital earlier this year, someone from some smoking thing visited me, and well, they give you patches and you can get gum and you can get lozenges and that’s all I know about that. At that stage, I couldn’t care less. I was too sick to even care. I had a stroke in March and another one in August.

I was lying on the couch and I started to get a sore chest. My husband walked in and he goes, ”What’s wrong with you?” I said, “Nothing.” He goes, “Yes there is, you’re lying down.” I was trying to be big and brave and ignore it. So I said, “I’ll be alright in a minute.” Then I got up and I said, “I’ll make you a cup of coffee.” But when I got up, I couldn’t actually control my left foot - it was just dragging. He said, “You’re going to hospital.” and I said, No I’m not.” Then my son rang and his father said, “I’m trying to tell your mother to go to hospital.” My son then screamed down the phone “If you don’t get in Dad’s car I’m gonna ring an ambulance.”

They said they think it was a blood clot that caused it. So, I’m on daily medication forever now. I have monthly blood tests and fortnightly check-ups at the doctors. The GP did say to me, “I would advise you to give up smoking, but that’s all I’m gonna say on it.” I just said to him, “Yep. When I’m ready I will, and until then I’m not even gonna bother.”

I have thought about vaping but there’s so much conflicting information on it, that’s about as far as I’ve got. People I know that have tried them, it’s probably 50/50 saying, ”Yeah it’s good.” Others are saying, ”No. It’s horrible. It’s terrible. Don’t try it.”

All of my boys smoke. I wish they’d never started but I’m not really in a position to tell them not to smoke when we smoke. One vaped and he actually gave up smoking for about 2 years. I don’t know why he started again.

Weekends, I probably smoke a packet a day. During the week, if I’ve got the grandchildren, I smoke probably only 3 or 4 before and after they’ve been. It’s the same rules as I had when my kids were little - you don’t smoke in the house. You don’t smoke around the grandchildren, even if you’re outside. You don’t smoke in the car. Common sense tells you - don’t smoke in the car with kids. So, I agree with that - but the law banning that, I don’t think it would make any difference. It’s a little bit like the child-smacking law - it’s not gonna target the people it needs to. A good smack on the leg of a child has never done anybody any harm and that law came in because of all the child abuse in the country and that hasn’t stopped! Little kids are still getting killed, still getting abused. So, that law was a waste of time.

I’m still smoking – probably about 10 a day now. The time when I have my first cigarette of the day, varies a lot. Sometimes it will be straight away, sometimes it can be 2 or 3 hours after I wake up. There’s no reason. Some days I’m smoking more than other days. It makes a difference if my husband’s home –- I smoke more.

My son’s nagging at me to give up but I’m still not planning that.

When they made the cigarette packs all pretty much the same colour, I just did the same as I’ve always done. It’s just that now I check the name that they have given me is the right one. They’ve all got the brand name on them. It doesn’t bother me.