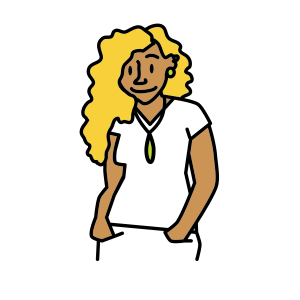 Puawānanga is a 37-year-old Māori wife and mother of 3 children. She lives in a coastal suburb of a North Island city and works as an event organiser.

I began casually smoking from about the age of 13 – I’d have the odd cigarette. I buy tailor-mades from the dairy or the gas station. I did roll-my-owns for a few years when I was younger. I’ve probably been smoking menthol for about the last 5 years. After my third child was born, going from not smoking for a year, I found normal cigarettes too harsh. Obviously, I stopped smoking during all my pregnancies.

I smoke probably around 10 a day – it kind of varies. I run events and so have early starts for those – they’re quite stressful. When I’m working, I tend to smoke earlier in the mornings. When I’m at home I don’t tend to smoke much during the day. Like during lockdown, I probably smoked less than I usually would because I don’t like to smoke around my children and they were home from school.

I don’t think the tax has affected me. I only smoke what I can afford to smoke which is two or three packets a week and I haven’t noticed a huge jump. Obviously, ‘cause I’m a smoker, you know, I don’t like them. But I suppose, I appreciate that it might deter my children from wanting to smoke when they are older.

I’m the only smoker in my house and I don’t smoke inside. It’s probably been in the last 12 months that I have started occasionally smoking in the car, if I’m heading to work and running late or something. I was always conscious when my kids were young that I wouldn’t smoke in the car because I didn’t want it to go on the car seats or anything like that. But I think I do agree with the ban on smoking in cars when children are in it.

About six months ago I picked up a prescription for some nicotine patches. But I am yet to start. I probably should quit, I guess. I haven’t really set myself a date or anything to quit. Last time I was in hospital, a few weeks ago, they sent someone around to see me who was from one of the stop-smoking services.  But it was just as I was being discharged, so we never really got to talk.

I find they’ve been a lot bolshier recently. Every time you say that you are a smoker, they give you the stern warning and they tend to link the smoking into it, and sort of blame it, you know, for my health issues – I’m diabetic.

I tried vaping the menthol and I tried like a subtle flavour as well. I wasn’t a huge fan. I found that it was actually harsher on my throat – like, it made me cough.

I’m a bit sort of dubious as to whether it would work. Just because I think if people are gonna smoke, they’re gonna smoke regardless.

I don’t smoke marijuana. I don’t think it’s gonna do too much harm if they were to legalise it.

I had family come to stay for about a week and they’re quite heavy smokers. They smoke a lot more frequently than what I do. I found that when my sister would start up and they’re having cigarette time, then I’d go out for a smoke too.

I noticed I feel quite conscious of how much I smoke and I noticed that I was smoking more. I think I’ve probably gone back to what I usually smoke, which is maybe 10 or 12. And yeah, that’s probably the only difference for me.

My first smoke for the day is normally after an hour of waking up.

If I was to think about quitting, the main reason would be probably to get a bit healthier for my age.