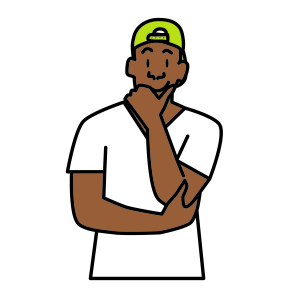 Tamati is Māori, 35 and lives in a North Island city with his partner, teenage son, toddler and new baby. He was made redundant in lockdown, but is now working.

My first cigarette I ever had was when I was 5. My father caught me stealing butts out of the ashtray and made me smoke a cigarette. I didn’t enjoy it, but it sort of gave me that taste. So I continued to steal my mother’s and father’s butts and smoke them. I did that up until I was about 11 and then I started smoking full-time. I was buying packets of 10 tailor-mades every two to three days, depending on how much money I could get. At that time, they were $8.70.

About 13 or 14, I realised that I could get a lot more out of loose tobacco, so I switched to two packets of 30 grams a week. Back then it would’ve cost me, I think, $86. That’s continued all the way up till now pretty much. Now, I smoke a packet of 30 grams and two packets of ‘tailies’ a week. I spend over $400 a month on cigarettes!

I did try growing my own once. I first used it when I was about 23 or 24, but it just doesn’t taste the way I want it to taste. It’s a lot harsher and it tasted like Drum – that’s what my Poppa and my father used to smoke. So, it really didn’t appeal to me. Used to give me headaches. I could only smoke a little bit. I really didn’t enjoy it.

We had so much of it I started selling 50 grams for $10, that sort of thing. But yeah, nah, disgusting, don’t like it.

I’ve also tried that Tongan tobacco. One of our brothers at work, he goes to me, “You should try some of this, it’s cheap as”.  But for me it sort of like, smells like marijuana and has that sort of taste of hemp. I really didn’t enjoy that either. I went straight back to cigarettes.

I’ve made many attempts to quit smoking. I’ve done the 0800 Quitline, the patches…. After that, they gave me the patches and the lozenges. And then throat sprays. And then I tried their Champix. I did the whole course of Champix and did stop smoking for four days. But then I had a bit of a stressful time – I lost my son – so I started smoking again.

I tried vaping two years ago, but then I did a bit of research and found out that it was a lot more harmful for me than smoking normal cigarettes – that if I was to vape as much as I smoked cigarettes, I’d probably end up with popcorn lung. So, I stopped vaping and just continued to smoke cigarettes.

Now, I don’t see the benefit in me quitting. I enjoy smoking cigarettes.

Because of COVID-19 I was made redundant. But to be honest, my smoking pretty much stayed the same. I didn’t think the end of the world was here. I’m a man of great faith. The stresses were not work stress, but family stress. My smoking depends on my stress levels.

I find it really difficult to see how they wanna ban cigarettes in 2025, yet this year they’re thinking about legalising marijuana. So many people die of going to the pubs and getting drunk and then drunk driving – yet they won’t stop that. They need to stop messing with cigarettes.

My partner smokes. We’re the only smokers in our house. We don’t smoke in the house or car. It’s only because we’ve got two babies. One is one year old and one’s just been born. So, we’ve gotta be really careful with everything that we do. I used to think it was really disgusting driving past people and they’re having a smoke and they have three children in the back and one in the front. I’ve always been the type to smoke outside. I don’t even buy tobacco when we go shopping 'cause it’s not very good with kids around. Normally I buy tobacco when I’m filling up the car.

I also smoke cannabis once a day. I’ve never smoked socially – for me it’s a private thing. I enjoy it and I don’t believe I’m gonna stop doing that.

I smoked marijuana for many years. I understand it and, you know, I was a dopey fulla. And, I would do silly things. It cost a lot of money and I just don’t want to see our teenagers and our youth getting into these sort of things. Now, you’ve got edibles, jellybeans. That’s the last thing I need is my children going to the shops like when I was a youth – I used to stand outside the shops and get people to buy me alcohol. I can see that sort of thing happening with our youth standing outside the shops getting adults to buy them joints and jellybeans.

People that sell marijuana in tinny houses, they don’t care how old you are as long as you’ve got the money. It’s pretty awkward knowing now that our youth are able to get these things. And parents that smoke – when I was younger my father said to me, “If you’re going to do it, do it in front of me or do it with me”. So I was able to smoke cigarettes from a really young age, and then I was able to smoke marijuana from a really young age because all I had to do was share.

I understand that that will probably be the same sort of korero if we allow this sort of thing to come into our community now. It’s dangerous. And then there are the things I would do to get marijuana. The things I would do to get my drugs and alcohol is the same sort of things our youth would probably do. And if it’s legalised it could lead to dealers pushing harder drugs because people can grow their own cannabis.

I understand that that’s going to be really hurtful to our community, especially our young people. Yeah, so on the referendum, it’s just going to be a straight “no” on that, bro.

I’m a full-time dad now. I gave my job up to become full-time Dad of my 5-month-old baby. I’ve been a solo dad for about a month.

My ex-partner said she couldn’t look after both children. I’ve got another 1-year-old as well. She just wanted to have her own life. To be honest, she wanted to smoke weed, and I couldn’t have that in my home – not with my children. Either I compromise my values or we just part. Also, I just felt I couldn’t let my son go to another family, you know. And that’s what she wanted to do. She wanted to send him down the line to her whānau and I just couldn’t let that happen. I wanted to keep him here with his brothers and sisters. So, for me, that was the only option that I had really. I had to step up to the plate, which was okay. I didn’t mind. It’s a massive change and a big cut in the pay, but it’s worth it.

I’m smoking quite a bit now. Before, I was smoking 30 grams plus a packet of tailies a week. Now I’m smoking 50 grams and still maybe buying a packet of tailies. I think it’s because when I was working, I was more active. Where now, the stress levels are really high, and I get a lot of time at home and that’s what makes me smoke more. Plus, you know, the stress of losing my partner. With that happening, I sort of fell into a little bit of a depression.  But you know, I don’t really have a choice. I’ve got to keep moving forward. I’ve got to keep looking after my children. So, Dad is going to stay solid.

In my view, my children know that Dad’s doing the right thing. They miss Mum, I notice that, and they get to see Mum as often as I can take them over there as she doesn’t have a vehicle.

It is a little bit stressful. I’m doing all the running around. My son’s on bottles every 3 hours plus he’s just got on to solids as well. And, having to do my other children’s lunches as well during the day. Trying to upkeep my home, and support my babies as best as possible, especially with their sports and things like that. This is a 24-hour job and I don’t have any, like, how would I say, full- time support.

My oldest boy helps look after the other children. He leaves for the army in a year. But, all my family, we’ve parted ways. My mother and my sisters and my little brother, they all smoke methamphetamine, so I stay as far away as possible.

I have my church family, but I don’t use them in that sort of aspect. We do parenting courses and I take baby with me. I’m doing 3 courses. One’s for fathers, and one’s for men to talk through the hardships that we’re dealing with, and try and find solutions that don’t lead to jail and things like that. Most of it’s about drugs and alcohol and about healing your heart. I sort of need those courses. There are men there that have victories – victories that I really want in my life. So, I get little gems from these courses and then use them throughout my week. That really helps me.

I’m also working with a place that helped me to get on the benefit. It took 3 weeks for them to give me a benefit. I was just lucky that I still had money owed from the company.

I’ve got a lot of my brothers that tell me that I should quit, and I sort of take it on board. But just with everything the way it is at the moment, my only release that I have is smoking cigarettes. I don’t go to pubs. I don’t go out. I don’t have any family that I can visit. I know it’s an ugly habit, but it’s the only thing I’ve got at the moment.

I’ve still got my goals, as in becoming a better parent, a better father and a better partner. The courses show me what sort of, like, leader I want to be.