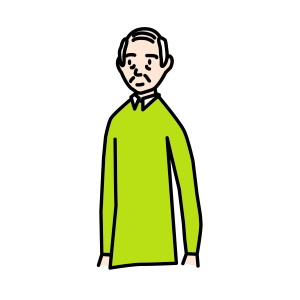 Arthur is a 74-year-old Pākehā man living by himself in an east coast town in the North Island. He has his own villa within a rest home complex.

I’ve been smoking since 17.  I was bought up swimming against the tide - I’ve always felt under pressure. You see, I don’t agree with the way most people think.  Smoking was actually a prop. I was a rebel, well, probably still am in a way.

Anyway, it wasn’t good. I used to smoke 20 a day. I’d still smoke 20 a day but I am trying to knock down, to cut right down. But I’m having difficulty – I’m smoking between 15 and 20 a day. It’s just so much a part of me. It’s the first thing I do when I get up – put the jug on and light up a cigarette. I don’t even think about it. I don’t even think about what I’m doing.

And there was what I considered bloody ridiculous pressure at work, to get the job done proper and all that. It was a load of rubbish. I don’t like being told what to do. I don’t. Nobody tells me what to do.  I’ve got my own thinking. And also, one of my number one enemies – the politician Roger Douglas and all his carrying on – I couldn’t bloody stand him. So I used smoking to calm myself down, to keep me balanced in my mind.

Most of us smoked…

My father smoked. That’s the problem in our family – we’re full of addictions. My mother didn’t smoke. But I’ve got one sister and one brother who smoke heavier than I do – even now. And I’ve got another brother but he doesn’t smoke as much as the rest of us.

One of the things I’m really pleased about – my kids don’t smoke. I don’t know why but I didn’t want my kids smoking. It’s a ridiculous habit. I wouldn’t say I did it. It had a lot to do with my in-laws, why they don’t smoke, ’cause they were ‘anti’s’. Even though my father-in-law smoked, they were anti – anti this and anti that; anti everything.

My marriage broke up when I was about, I can’t remember, 40 or 45. I don’t believe in getting married again. I don’t even try to get a partner. I don’t even look. I’m a loner. I enjoy my own company.

Since oh, I don’t know when, I go out of my way to avoid smoking in front of anybody unless they smoke. I think most people do that nowadays, anyway. I keep to myself. But that’s hard to do. I slip up sometimes but I just try to keep away from people.

I go down to the river on my push bike and I’ll sit on the riverbank and have a fag. And I smoke on my porch outside. I try to keep it to myself. If my sister or one of my brothers comes round, I always have a fag out on the porch with them. But that’s all. I try to avoid smoking inside the house unless it’s freezing cold weather, then I will. I’m not bloody standing outside in the bloody freezing cold, you know.

Apart from the dairy running out of my brands quite regularly, I had no trouble whatsoever – I’d just buy a different brand or go down the road to the next shop. We were allowed to go to the supermarkets and dairies.

Years ago, I tried those nicotine pads. And, when I did, I said, “Oh, I’ll have a fag while I’ve got the pad on” and my arm swelled up around the pad. It’s a bit of a worry when you get a big bump on your arm. And I thought, I better cut this out. So, I just pulled the pad off and threw the lot in the rubbish and forgot about it. None of it works for me. I’m just not interested – in vaping or anything like that.

My doctor, who I’ve only been with for about two years, she’s asked me at least twice am I interested in any quit assistance to knock off smoking and I just said “No”. She’s the best doctor I’ve ever had. She doesn’t get upset with ya if you don’t follow what she says. She listens. She puts her suggestion and I’ve declined and she’s accepted that. I didn’t want a female doctor but she’s got a really nice nature – I could more or less talk to her about anything. I’m really impressed with her. I’ve had quite a few doctors and some of them I didn’t have a lot of time for, actually. Yeah - there’s a lot of doctors I wouldn’t tell them a lot of things.

To be quite honest, I agreed with taxing it. But I don’t think it’s working 100%. It’s working with a lot of people, but not everybody. I think there’s a hard core of smokers out there that it’s gonna have no effect on.

There’s a lot of people out there suffering over this financially. Also, I imagine anyone with kids who is paying all this money out on tobacco tax – the kids will be missing out. Years ago I used to give money to Save the Children etc. I didn’t earn much, but I used to give.  But as soon as they started putting tobacco tax up, I thought, right, that’s it! So, I wiped all that. I don’t give nothing to anybody any more. So, a lot of charities are losing out over this.

Now what’s happening is, I’ve got myself into overdraft. Which is quite normal for people who live in these retirement villages, because we’ve got to pay a levy every month. I let the overdraft get up and then I take money out of my investments and pay it off. So, that money for the smoking is coming out of my children’s inheritance.

On the positive side of this high tobacco tax, it makes you frugal. When you go shopping, you’re always looking for the specials – trying to save money here and there. Some nights I don’t put the heater on when it’s quite cold. I don’t know if that’s good, but it’s teaching me to watch pennies and all that, you know, to be careful.

I think they’re dreaming. It’s crackers what they’re trying to do. They’re getting a bit carried away over it. I’m not the only one who’s smoking. There’s a lot of people out there still smoking.

I think they should leave smokers alone. That’s why I agreed to do this survey, because putting up the tobacco tax is part of the answer but it’s not the full answer. It needs deeper research, which is what you’re doing – and it’s about bloody time. All they’re doing is, I can’t explain it – they’re just skimming the surface.

Smoking will eventually die out but not as quickly as what the Government and that are trying to bloody push.  They’re being too optimistic.

It’ll die out – maybe after all us ones are all gone. These young ones are being brought up in a completely different world. They’re being educated in school and being told all the negative things about smoking. There’s gonna be far less of them smoke than in my generation. We had the war. That’s what brought all this smoking on in the first place. The young people today, they – touch wood – aren’t confronted with that. When my father came back from the Second World War, he was traumatised. The way we were brought up as kids – we were bloody hard as nails and that got us on edge. I didn’t have what I’d consider a normal upbringing.

It’s a bloody ridiculous bloody habit. I understand why I smoked from 17 – I had things in front of me in life that I wasn’t happy about, that I was a bit stressed out about. At 74 – to be quite honest, I don’t know why I smoke.