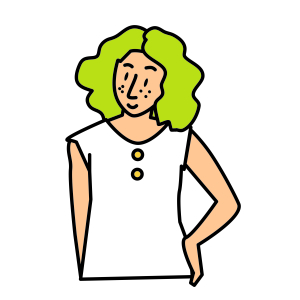 Knife is a 26-year-old non-binary transgender Pākehā who is living and flatting in one of Aotearoa’s main cities.

I grew up in a major city in America. I started smoking when I was 15 – I was hanging out with older kids and a lot of them smoked and I thought they were really cool. They wore really punk clothes and hung out on the street and did graffiti and listened to cool music. And I was like, ‘I wanna be just like them’ and smoking was part of that. I was like, ‘Oh I just wanna fit in’ and cigarettes seemed cool, and I thought it made me look cool.

I know that smoking because you think it looks cool isn’t great. We were taught about cigarettes in school, the same as other drugs. And my parents, they’re very anti-cigarettes. My dad has a chronic obstructive pulmonary disease and my mum says that she’s allergic to cigarettes. So, I had a lot of, like, anti-smoking growing up. But back then when I started smoking, the packaging in the States was really different – it wasn’t the ‘do not smoke’ and gross pictures like it is here. Everything there is advertised loudly, and cigarettes were cheaper – I could just get together like $10 and buy a pack, although I didn’t really smoke that much to begin with.

The main difference is that it was quite a normal thing – I could walk up to someone who was smoking on the street and ask them for a cigarette. I would bum a lot of cigarettes from strangers. When I tried doing that here, my friends were like, “What are you doing? Nobody does that. Like, homeless people do that. Don’t ask strangers for cigarettes.”

There’ve been periods of time where I’d smoke a lot less, like only have 1 or 2 cigarettes a week for a 6-month period. That’s been happening lately in the past couple of years. I quit for about 6 months last year. That was my most serious attempt - I turned 25 and in my brain I was like, 25 seems like a good time to quit. Smoke for a decade. Cap it.

I didn’t use anything to quit, I just stopped. And then, I was like weirdly healthy – I wasn’t drinking caffeine and I got a new job volunteering and the social aspect kicked in. There were other people smoking, it was more fast-paced for me so I was drinking caffeine and I like to smoke when I drink coffee. So, I started smoking again.

The hardest bit about quitting is I really like to smoke while I’m driving. I just think it looks really cool. This makes me feel real bad, but I just like the aesthetic. I’m in my car and I play really loud music and I like to drive around and smoke cigarettes.

My friends who have quit have quit for their health. I’ve put a lot of effort into thinking ‘smoking makes me look cool’ and they’re like, “No, it’s gross.” And that’s fine because I know that’s how they’ve quit – reinforcing that thinking. I know objectively that quitting is a good and healthy thing to do, even though I don’t wanna do it right now.

I just assume that I will be able to quit when I really want to, and I haven’t really felt like quitting. Like, I’ll stop when I get like a sore throat. If I get sick, I’m able to not smoke for like 2 weeks or so and that’s usually fine. I just assume I’ll stop like when I’m 30 or when I own a house, like things that don’t feel real right now – I assume they will happen someday.

I’m not sure how much of this is like lying to myself - am I just pretending, ‘Oh, I can put them down and pick them up whenever I want and this is fine’? I don’t know how realistic this is, but I don’t think I’m that addicted to nicotine. I don’t need to have one right when I wake up and I can sometimes just forget to have one on me. Like, maybe I won’t smoke this week and I won’t get crazy.

Once, I was in a place where I couldn’t smoke for a while and I thought I needed to use like patches or lozenges. I could tell that I was quite addicted to nicotine then, because some days I would forget to put my patch on and I would just be so irritable and awful. And I was like, why is this happening? And then I thought, oh, I didn’t put my patch on this morning. So I noticed it then, but most of the time I don’t.

At the moment, I’m smoking 4 or 5 a day. But last week it was upwards of 10. I was feeling stressed. I spent way too much money on cigarettes last week – that’s when I know. I’ll usually buy a 25 pack and ideally that would last me a week.  I don’t think it actually does – I think it lasts me maybe five days. It depends on how I’m feeling.

I tried vaping for a little while, but I don’t like it. When I quit, I will just stop smoking. A lot of my friends vape and they’ll let me try their vape sometimes - it’s just totally unappealing. It made me cough, ’cause the cigarettes have something in them that numbs your throat and the vapes don’t have that. I might try vaping if I really wanted to quit and I still needed nicotine, but that’s just not a thing.

I think right now I’m the only one among my friends, like in my immediate friend group, that smokes. Sometimes people will have a puff of my cigarette, but I think I’m the only one who is currently buying cigarettes. Everybody else vapes. Like, my friends got married and they had vapes matching their outfits. It was like, vape wedding.

I didn’t smoke through lockdown. But my friend who I live with, she started smoking for lockdown – so that was fun. And then lockdown ended and she quit smoking and I feel really bad, ’cause I started smoking again. She’s doing it for health reasons, which is why I feel bad. I was just really like antsy and reckless, so as soon as lockdown ended I took a long drive to visit friends in another city – the whole way driving and smoking.

At the time I told myself, I’m only gonna buy one pack. I remember a friend being like, “Hey, isn’t that your third pack? Weren’t you just gonna have one?” I was like, “Yeah, but now I’ve decided I’m smoking again.”

I do notice that the cigarettes are getting more expensive. I don’t think there’s much point in it. Maybe some people quit smoking because it’s more expensive. But for the people who feel like they need to smoke, it’s just making their lives more difficult.

Smoking is bad. It’s not a good thing - people shouldn’t smoke. But, it’s what we have right now. I don’t think it’s very fair to take smoking away from people if they’re smoking for stress or, whatever it is. Like, if someone’s smoking because their life is difficult and that’s how they de-stress, you need to offer something else to replace smoking. That’s usually my reaction when people say that people on the benefit shouldn’t smoke, and things like that.

For people in extra marginalised positions with higher levels of stress, there’s not enough help. Some people smoke for the social aspect or to look cool, but they also smoke for the sense of community… but I think mostly it’s the stress. I know that on average we use more drugs than the general population. We have data on that now in the Counting Ourselves report.