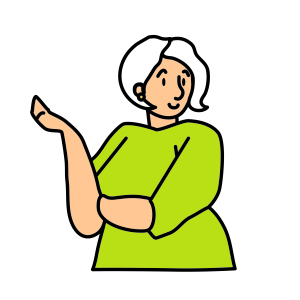 Peggy is a 69 year old Pākehā woman who lives by herself in a central North Island Town. She is a mother and is currently retired.

There’s no other way to start the day. First thing in the morning, I have a cigarette and a coffee. Over the rest of the day I’d smoke at least 30, at least.

Most of us smoked…

I smoke in the house. I smoke in the car. I don’t if I’m driving someone else, but if I’m by myself I do. I think, a car is, well it’s part of your house, isn’t it?

There’s been a big attitude change towards smokers. I think probably kids bring more pressure to bear on their parents these days for that sort of thing – like the smoking in the car. But as I said, I don’t smoke in the car if I’ve got passengers and I think that’s just a personal responsibility thing.

I have had my doctor and the emergency doctor both ask me if I’d like to quit. And I’ve said no and that’s it and it’s not mentioned again.

You see the odd thing – on media, the ‘quit’ programmes and things. It’s out there. I know it’s happening, but can’t say I’ve taken any notice.

I actually had a crack at vaping for, well, about a week – I think everybody was talking about it at the time – as an alternative. And I thought yeah, give it a try. But, it didn’t suit, it didn’t suit at all.

I read up on the vaping as well. It seems very nicotine-based, and I think I’d be quite happy without the nicotine as long as I could have the flavours I wanted. But then I also read how in quite a few places overseas it was causing wet lungs and I didn’t like the thought of that. Yeah, no, it wasn’t for me.

It’s a bit of an oxymoron isn’t it? On the one hand, they’re trying to say New Zealand’s going to be smokefree by a certain date and then they’re wanting people to be able to smoke cannabis. I’ll be voting no. I just don’t think it’s a good idea to legalise it, at all.

I cannot see how, unless they ban smoking, they’re going to stop it by 2025. I don’t think it’s achievable.

I don’t really think that a Government can take away your rights like that.  I think they can impose bans like the bans now that say you can’t smoke in public places or restaurants or pubs. But I really don’t think they can stop people from doing what they want to do in their own homes. All these laws restricting it and the tax increases – I don’t like any of them. I think people should be responsible.

I’ve been smoking for over 50 years now. I don’t think anybody could take that away from me.