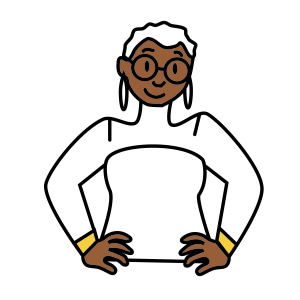 Moana is a 63-year-old Māori wife, mother and grandmother from Northland. She works fulltime in the education sector and is pursuing a higher degree.

Smoking is the go-to habit that I’ve had for such a long time that I just do it. I think it’s just habit. If I don’t have any cigarettes at home, I’ll drive 20 minutes to town just to get a packet of cigarettes. I get up about 5am so that I can go and have a cigarette.
I go to work about 7:30am. But then, I won’t have a cigarette till I get home at 6, or 6:30 at night. And if it’s cold I don’t bother going outside again to have another one. I haven’t smoked in a car for years and I don’t smoke when I’m working. That’s just a decision that I made –it doesn’t matter where I work, I don’t smoke at work. Lots of people don’t even realise that I smoke because I don’t do it other than when I come home.

For me, smoking is a stress release. If things get really busy or stressful at work or if we have stressful relationships at home – then I’ll wanna have a cigarette. I suppose when you think you don’t have control of stuff, or you get so frustrated that you feel like you don’t have any other way – I’ll go and have a smoke. It calms me down a bit, but then I’ll tend to just keep wanting to have a smoke after that. So, I’ll probably smoke more.

Sometimes I might only have 2 smokes a day. Unless I have a few drinks, then I’ll smoke my 5. If I’m drinking with others who smoke I will smoke more, but when I’m at home I’ll control it more. Lots of people I mix with socially don’t smoke. They know I’m a smoker, so I’ll just go outside and smoke.

I don’t go to the doctor a lot. But when I do or I’ve had to be in hospital for different things, they give you the, you know, the no-smoking stuff. And then that’s it, they don’t say anything else after that. “Are you interested?” And, I just say, “No.”

I’ve got 1 son who’s a smoker, the other 3 aren’t. My husband – he was a heavy smoker, but he decided one day, I think he was getting headaches – so he just gave up. He had a bet and never looked back. He would like me to give up – he’s worried about my health. All of my mokopuna would like me to stop. Their whakaaro is, tiaki i tō tinana, look after your body. We want you to still be around and all that sort of stuff.

Mum knew someone she said could help. So, she took me to get some support from a health worker who gave me some patches, but they were the really strong ones – so strong they sent me into really bad withdrawals. I was hyperventilating, had heart palpitations, was sweating and I felt really sick. Another whānau member who works in health said to me, “You need to take that patch off”.  She said the problem was I was in an overdosed state. So I took it off and after that I thought, yeah, I’m not doing that again.

I’ve tried to stop 3 or 4 times since then just trying to do it on my own.

I have tried vaping. I’ve tried twice for maybe about a month. But yeah, I don’t like it. It’s really dry. It gives me a really sore throat. And I didn’t like the taste, so I stopped doing it.

Oh yeah, that causes tension. Because they’re expensive. There was a time earlier on this year where I was smoking, like, lots. And my husband sorta went to me, “You know, that’s a lot of money, you’re spending a lot of money.” So, I tried rollies to cut the cost down but, again, that’s really harsh. And so now, I’m down at like 5 cigarettes a day. Whereas I could smoke like 4 or 5 packets a week.

I work in education, and we’ve been away on trips with the kids, and it’s end of the year madness. So very busy, and it’s just constant.

After my studies finished, I’ve been able to travel away to different family functions that I’ve haven’t been able to go to for a long time. So, we’ve done a bit of socialising. That hasn’t stopped my smoking.

When I’m out socialising, I probably was smoking more because we were drinking more too. I tend to smoke more when I’m socialising with my family. But the next day I wouldn’t smoke at all.

During my studies, I tended to smoke more when I was stressed. I’d be up late, like all night, 2-3 nights in a row. I’d tend to stress in the night. I’d get up in middle of the night and go and have a cigarette. I don’t do that anymore. I don’t feel that need but then I don’t have to be up late to do that anymore.

I’m smoking pretty much the same. When I’m working, I don’t smoke at all during the day until I get home. I usually smoke 5 cigarettes a day. If I’ve been at work, sometimes I’ll smoke all 5 before I go to bed. Sometimes I’ll just have 3. If I come home and have a couple of drinks, I might have 6 or 7. It changes according to what I’m doing and how I’m feeling.

Sometimes it’s just habit. I get home from work, get dinner organised. That’s what I always do. That’s the habit. Other times, if it’s been a hard long day, then that’s not habit – or I just come in, and go and have a cigarette as that’s a way I think will relax me. Sometimes it doesn’t, sometimes it does.

The ones I buy in town and the ones I buy at the dairy down the road – there’s a distinctly different taste. They’re the same brand. I don’t know why that is or if it’s just me, but I notice the difference.