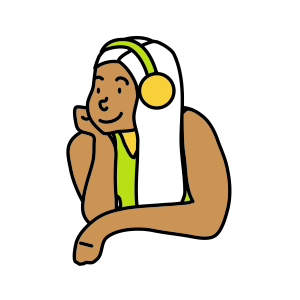 Ariana identifies as both Māori and Pākehā. She’s 26, lives in an outer suburb of Auckland and her partner who lives nearby. She works for a freight company.

I was 15 when I started smoking. It was more out of trying to be cool with everybody else. A lot of the group I hung out with started smoking, and then I just thought it was cool. I thought I was cool. My whole family smoked practically my whole life as well, so it wasn’t really something out of the norm.

When I told my mother she was like, “Okay, well pay your way” sort of thing, “Feed your own habit if that’s what you’re going to do.”  I’m a bit grumpy about it now, cos I wish she’d turned around and given me a slap on the bum and been like, “No, you’re not going to smoke.”

When I finished school at 16 and started working, I was making my own money so then I just carried on from there. I smoked maybe 5 a day. I still smoke about the same. I don’t wake up and go I need a cigarette. I’ll get in the car and have my first cigarette on my way to work. Then I’ll have one at my first break, my lunch break, my 15-minute break and then one on the way home. And then maybe one at home as well.

If I’m drinking it’s a lot more. Where I catch up with some mates, there’s quite a large designated smoking area outside. I probably wouldn’t even count how many I’d smoke.  I’d go through a 20 pack quite easily. Usually I smoke roll-your-own cigarettes. It’s just dependent on the situation.

I’ve tried to quit about 4 times. The first time I was about 20 and I tried the patches for about two and a half weeks. But then I had really, really bad vivid dreams. Like ridiculously worse than being a kid having nightmares. Really bad. I never slept with them on ’cause they said not to. But those wicked dreams, I was like no, not doing that. But then I did try them again and I still had bad dreams.

The third time, I tried the gum. I didn’t like the taste and it didn’t put me off smoking.

The most recent time, at the end of last year at some point – I don’t remember when it was – I gave up for maybe a week and a bit. I just tried to give up cold turkey. I had a big drink one day and I felt really gross the next day, and I was like oh, maybe this would be the superb time to give up smoking.  So, I was like, okay, I’m just going to stop. A few days went by and I wasn’t so bad, and then once again I was just around smoking – a lot of people smoke where I work and it’s the temptation. I don’t like to be the person who asks for cigarettes. You know, you don’t buy them ’cause you don’t want to smoke them, but then you’re like, ooh I really want one. When I had a smoke after that few days of not having any, the first cigarette tasted gross. Then you just carry on doing it and then it’s back to normal.

If I were to fall pregnant tomorrow I would stop straight away. Because it’s not my life, it’s not just my life, it’s another life I have to think about.  It’s weird how you’re all good to go and care for someone else’s life but not your own.  I’m pretty sure that if I could manage nine months, you know, why not just stick at it?  I don’t really want my kids to want to smoke either when they get older. If I don’t smoke then they’re not going to want to. Because I sort of thought it was a cool thing when my parents were doing it.  So, that’s something I want to change for my own kids.

I don’t think that kids should be subjected to it.  So, I mean, anyone who smoked in a house with kids I’m not really for, because they’re not asking to get second-hand smoke.  If I ever have my nephews or nieces or my younger cousins in the car, I wouldn’t dare smoke.  I’ll wait until they’re out of the car and I never smoke inside.

I did try and vape. This might have been going back maybe about 3 months ago. I didn’t like it. There’s the burn you get down your throat that you get from a cigarette that’s quite satisfying to me and I didn’t get that from the vape. I didn’t like the taste of it. I didn’t feel like that would be a substitute that I would enjoy.

Where I live, there are 2 who smoke cigarettes and 1 who vapes, and at my partner’s house everybody vapes.  A lot of my family members now vape – my father, my stepmother, my brother-in-law and a couple of my friends from work who were smokers, they’ve all started vaping. It’s different for me – it’s like cigarettes or no cigarettes sort of thing.

I don’t think it’s really helping. A lot of people who are poor – I guess if cigarettes go up and you’re addicted, you’re still going to go and get your cigarettes. Different people have different situations.

I’m in a situation where I can quite comfortably afford to smoke. I get paid monthly and I allocate a certain amount for cigarettes, and that’s all that I have and I just make sure that it lasts me. But I do have those visions in the back of my mind, like oh I could be saving this much a month and then you calculate it to this much a year, and it’s like, oh! That does sort of sit at the back of my mind.

I think they should be making tax elsewhere. Putting tax up on alcohol would probably be better. I understand people go into hospital with lung cancer and all that, so fair call to tax smoking, but they should be doing that with alcohol. There’s a lot worse that comes from alcohol straight away than with cigarettes, like all the drunk drivers, people crashing, arguments – a whole lot of stuff.

I’ve tried it. I don’t smoke it. I don’t really like it – I’d rather have a couple of beers. I have nothing against it actually. If you were to say to me, “Would you prefer cannabis or would you prefer alcohol, like, what would be better for society?” I would say it would be cannabis, because not a lot of good comes from alcohol from what I’ve seen throughout my life.  I’ve honestly not seen anyone have a bad experience with cannabis, besides having a bit much and then going to sleep. Well, that’s just my take on it.

I’m still smoking, probably a little bit more actually. I ended up buying an extra pack of smokes and I thought, that’s a bit odd. I usually just buy the 25 grams a month but I ended up having to buy another one.

My partner commented that when we were in the car quite a few times this afternoon and I had a cigarette every time. And he goes, do you need to have a smoke every time you get in the car? And I was like, oh.

I did have two funerals as well which was pretty hard during lockdown. A very close friend of mine, her husband passed away and she’s in Australia and the family were back in New Zealand. And my aunty’s mother passed away up the coast just when we went into lockdown, so that was a bit stressful. I just felt for them because their immediate family couldn’t get to them.

I sorta just stare at it and it doesn’t really, like, make me go, oh stop smoking, you know.

I don’t smoke it but I still think it’s like a good thing to do, like, I’m all for legalising it. I think it could be really helpful for a lot of people. And regardless of whether the law passes or not, people will still continue to do it. Compared to P and meth and all that really bad stuff, cannabis grows from the ground so it’s sort of, like, natural.