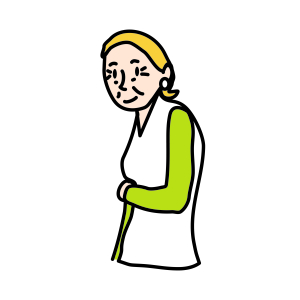 Rose is a retired nurse. She is 75, lives on her own but has a partner. They live in a central North Island town on the coast.

I can’t say when I started smoking, that’s a bit long ago now. I think I was 15. I was still at school and I was working as a domestic at a maternity hospital in the school holidays.

Of course, in those days basically everyone smoked. I don’t know how it started, you know, it just started.

I smoke about 20 tailor-mades a day still. I get up, feed the cat, get myself organised as far as my breakfast goes and then I just leisurely have my breakfast. I always have breakfast before I have a smoke. I smoke inside and, it’s not all the time, but I do smoke in the car.

Oh nah, they don’t need that, they don’t need it. I mean okay, if they put it up once a year but they don’t need to be doing it through the year. I think they go up about three times! I normally buy cigarettes from a discount shop where a packet is $3 cheaper. For a 20 pack it’s $26. To buy at the supermarket, which I sometimes do, its $28.90.

I went through a period, don’t ask me when, of smoking rollies. I’m not anti-rollies, it’s just that buying the actual pouches of tobacco are quite expensive as opposed to, say, just buying a packet of cigarettes.

The price does make a difference. I mean, I’ve basically gotta get sort of thinking again about trying to quit.

Oh yes, I’ve tried to quit many times. My most successful one was with Champix. I’ve had about three goes with that. At one stage I quit for a year. Don’t ask me what got me back smoking though.

I found I couldn’t use the stickers because they created an effect on my skin. I didn’t mind sucking away at the lollies, or the lozenges, but they just didn’t work. Maybe my mind wasn’t in the right frame – I don’t know.

The last time I quit, it’s funny, because I quit in February last year and in March I ended up in hospital. Nothing to do with smoking of course.  From then up until about August I didn’t smoke and in September I was very ill – in and out of hospital.

I’m fine now. I mean here’s a person, who apart from working in a hospital as a nurse, and having had a couple operations which were nothing much, has almost never been in hospital.

I can’t think when or why I restarted. Covid made me worse. Well, lockdown made it worse.

Champix really had an effect on me. The only thing is with Champix I think you’ve gotta be off it a couple of years before you can get it subsidised again.

I’ve got a vape. It’s okay. It certainly helps me through if I’m out of cigarettes. But, vaping does get more to my chest than cigarette smoking. You see in cars and outside, people blowing this big pile of smoke (it’s not really smoke – it’s vape), well mine isn’t that size. Mine’s just an ordinary size. It’s not one of those really huge ones.

I just get the 12 milligram nicotine, 50% VG, ‘Traditional Tobacco’ flavour. I think that vaping nicotine is not the same as a cigarette. It’s just the taste is different. I think probably over time with vaping I could perhaps go for another flavour, but then again, I’d hope that I wouldn’t need that at all – that I could quit without vaping.

I think, aren’t they trying to out rule vaping?  I know they were trying to out rule it and I had a funny feeling that maybe they had decided ‘well, whatever’ – they’ve given it a rest anyway.  I have seen adverts for vaping, but I don’t know when I last saw one.

I have seen some young ones vaping. Not that there’s been a hell of a lot, but there’s been quite a few around that I’ve noticed. And, I think, they’ve gone vaping instead of cigarette smoking. Well really, it’s better that they do that than they smoke.

I heard something on TV, a Pacific Island man talking about quitting smoking, but I didn’t really listen. I’ve seen campaigns, but not a lot.

GPs that I’ve had have been fine. But there is a particular practice nurse and if I come across her she’s obviously very aware of smoking. She’ll ask, “Are you still smoking?”  and I say, “No.”

“Oh, so when did you give up?” she’ll say. And I say, “I gave up in February last year.” That’s kind of her attitude. I just won’t let on to her that I’m still smoking. It will only come to light when I see the doctor and I very seldom go to the doctor, thank heavens. So on my medical records at the moment, I would not be a smoker.

Oh, hell yes! Ha ha, I can’t see that happening at all.

I look back to when I used to go to the pub – in those days everybody used to smoke so it didn’t matter. When they stopped the smoking in the hotels and that sort of thing, even at private parties or something like that, if you wanted a smoke (this is going back a bit now), you’d hop outside and perhaps go and hide away so they didn’t see you smoking.

I do go along with the no smoking with children in cars, and the same in a house too, although I used to smoke with my own children. But this was one of our individual rights, we were in our own car. And as for legalising the cannabis – no. I’m against opening that up to younger people.