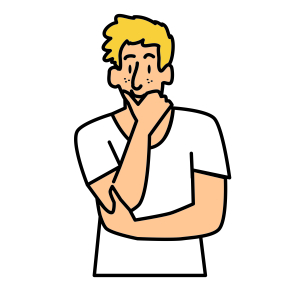 Scott is a 34-year-old Pākehā Kiwi who lives in Auckland and works fulltime. He is a father of four, including a new baby with his current partner.

I had my first cigarette when I was nine. I stole my dad’s cigarettes and lighter, went round the back of the house and tried it. I did get penalised for it, but just with, “Why have you got that?” At about 13, 14,
I started up full-time, smoking roll-your-owns every day. I’d use 50 grams – probably it was like 130 cigarettes a week. A lot of my friends smoked.

How much I smoke depends on the day. I would say I smoke more at night-time, less through the day. If I’m working, which I am now, it’s a cup of coffee and a cigarette. If I’m not, it’s just walk outside, have a smoke, go back to bed. Literally, when I leave the bed I’m heading for the packet.

Certain days go up in cigarettes, but certain days go down. I believe I’m going down. When they’re down, I try and keep them down. I know I’m very challenged, which is very hard for me. I’ve got ADHD so I’m always active and I’m always on my feet. I can’t read. I was illiterate and dyslexic when I was a child. My partner’s a teacher and she’s taught me. I can read a lot more and pay attention more, have more patience and stuff like that now.

I’m asthmatic too, but I find that if I don’t smoke my asthma plays up – which is really weird. I can lift about 180 kilos dead lift. If I go to the gym, I can stay for three hours, it’s fine. Smoking doesn’t affect anything.

I do believe one day I will be smoke-free. I just don’t know when, and I’m not saying ‘when I’m dead’, ha ha.

I’ve tried different ways to give up.

When I was with my ex 4 years ago, I tried 3 times to give up. I gave up twice. The first time I went cold turkey – I had a few mood swings but it worked for three months. Pressure led me back. My ex was very controlling – she tried putting me in jail!

The third time I chose to go back to smoking because it was like a stress relief. I needed something to medicate. Physically, it wasn’t enough just having a coffee or going for a walk and stuff like that.

I wanted to be smoke-free for my children and teach them a road that they shouldn’t go down.  I’ve got 3 boys and, with my partner now, we have a daughter who completely owns me.

My partner doesn’t drink, she doesn’t do drugs and she doesn’t smoke. But, she accepts who I am and what I wanna do. I’ve tried quitting since we’ve been together. As they say, “Try patches, try gum, try this.” I actually tried and got addicted to the nicotine gum – like, I would buy it off you, that’s how bad it was.

I’ve never been in jail but multiple friends have been in and out. I tried to reduce smoking with what they told me – with nicotine juice. You get nicotine patches and tea bags and basically put the nicotine from the patch into the tea bag. And then you drink that. I tried 6 milligrams and then 10 and then 20. It tasted like shit.

Quitline didn’t help at all. They just supply you with patches and stuff. And they keep calling asking, “How’s it going?” I’m like, “Oh well, I’ve just sparked another cigarette, so you guys are doing really well.”

If anyone is going to give up, they need someone to talk to. It would make more sense talking to a person than talking on a phone – to be actually physically there and seeing the person. If you’re giving up, you want someone standing next to you and egging you to like, go, go do that. But talking on the phone, you can manipulate them and light a fag.

I’ve actually got a vape. I own a vape that’s worth $300. I would prefer not to vape though because you can get popcorn lung, which is water on the lung.

I’ve noticed a lot of people have given up, but they’re vaping more. What the Government did was stop smoking in bars, so people started vaping. But what they didn’t realise is vape has bigger clouds and it clogs the air conditioning. So they’ve banned vaping from bars and even vaping has to be outside now.

To me, a person vaping is still a smoker. I’m not a judgmental person, I still vape.

Bans on smoking in cars with children, houses, work …

We don’t do that. If you smoke, if you even try it, we pull the car over, throw you out and drive off.

It’s a new law, right? But if you take it back to the 1970s or 1990s or whatever, when it was like Once Were Warriors – kids weren’t even in car seats, they were just in the back seat. Dad was drinking from a beer bottle with a fag in his mouth. So, a lot’s changed since then. Back then, tobacco was tobacco. Today, it’s filled with chemicals. Like, we did some research on the chemicals in home-grown tobacco compared to the tobacco in the shops and 30% of bought tobacco was chemicals. I’m not a scientist but I remember numbers.

At our house too, you have to smoke outside. If a friend even tries to spark up inside, I’ll burn his packet in front of him. I’m really anti people smoking around kids.

I work outside on the roads. So, what I do is I’ll take an old jar to work and put all my butts in that.

If you bring drugs to my house there’s going to be trouble. I don’t want drugs around my kids full-stop. I don’t do drugs, full-stop.

I’m not anti-cannabis if it’s for medication. We actually know a child that had cannabis oil that fixed her. But I’m against it for home use. What’s the point of that? If a stoned driver crashed into my car and killed my daughter, what are you gonna say, you know?

Smoking is a social thing. You know, if there’s multiple smokers, we can all talk shit and get to know new people and make new friends.  We went to a wedding and I didn’t know anyone. I had a smoke with someone and now I know 14 people, ha ha. But at another event I was the only smoker there. That was very awkward. I felt out of place. So, every time I had a smoke I went around the side of the house. But that’s the only time I’ve ever been affected. I just felt like I was getting looked at. Some of the people there, they like Harleys, so I thought they’ve got to like a cigarette. So, I offered a few people a couple of fags, but they didn’t take them, ha ha. Yeah, a lot has changed.

Things have changed a little. I’ve decreased cigarettes by about 4 a day. But I smoke a lot – basically, when I feel like it, I just go for it. When I wake up I smoke within 5 minutes.

Sometimes I wake up about 3 o’clock in the morning and stay awake for an hour. In that time I have 3 smokes. I don’t know why it happens. It’s like oh fuck I feel, like, I must get up, go outside and have 1, then go back to bed. It doesn’t happen all the time.

With that reducing, I've gone down to the green filters from yellow, using less tobacco and different blue papers, so the cigarette lasts a lot longer.

I’m just smoking a little less cos there’s not really much time. My kids are here and we’re fishing and doing a lot more activities. If there is time, I’m usually in a place you're not gonna smoke in.

My friend gave me his vape. He’s actually trying to give up smoking. He reckons it costs an arm and a leg – which it does. But every time he comes over here and we have a few drinks, he buys a packet of smokes. He does try to vape more than smoke though.

I liked the smell of it, so I tried it about 4 times but I kept coughing. It was horrible. I was coughing my lungs out like I was dying. The nicotine level was 6 milligrams, so it might be too powerful. I'm gonna try and drop that down and see what happens.

I've given up a few times. Basically, you give up, But the minute you start again you get the hit back. Smoking’s only there for boredom basically and, for me, it’s a good stress release.