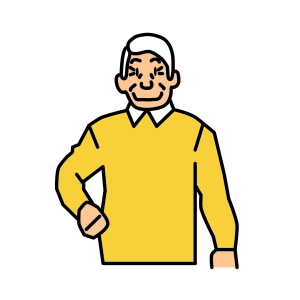 Keith is a 73-year-old Kiwi who came to New Zealand from England in 1976. He lives with his wife in a North Island city that is surrounded by farmland.

I first started smoking when I was about 14. I smoked 2 a day when I was still at school. I didn’t smoke seriously until I was about 18. Then I gradually increased over the years till I got to 20 a day.  Then I found out it was bad for your health, so I cut down, 18, 17, 16 over the years, 15, 14, 13. Last few years I’ve cut down to 12 cigarettes a day ’cause they’re expensive. I smoke exactly 12 cigarettes a day.  My wife dishes out 12 cigarettes in the morning and I make them last all day.

My reason for smoking is I’m an alcoholic and I can’t drink. I haven’t had a drink since 1981. Oh well, that’s a lie. I had one slip for four hours in 2009 when my cat died. I drank 4 bottles of wine. I loved that cat. He used to greet me when I used to get home from work and all that, you know.

I cannot drink. I’ve gotta do something that’s bad for me so that’s gonna be smoking. I enjoy it.

I was a really good athlete. I played lots of rugby at school. I’ve done 30 marathons when I was smoking. Once, I did a marathon in 3 hours and one minute. Everyone was telling me you could have cracked 3 hours if you didn’t smoke. Now, I’m a cyclist. I’ve done the Taupo ride seven times, and Hamilton to Whangamatā about 7 times.

I had this test at the doctors and I haven’t got lung cancer or anything, but he said your lung capacity is not what it should be. He’s advised me to quit cos I’ve got emphysema and that’s caused by smoking. But, he’s not too worried. He said – oh God, this is gonna sound arrogant – he said jokingly, “You’re so fit. You’ve got the body of 50-year-old and the mind of a 5-year-old.” He’d be pushing dung uphill if he tried to get me to stop. It’d be like talking to a brick wall.

With the emphysema, I have a puffer. It doesn’t really affect me. I’m not too good at walking. I’m a lot better at cycling than I am at walking.

I retired 7 years ago after 39 years in the freezing works. I’ve got this part time job delivering fliers. I’ve got an e-bike for doing my deliveries. If I can deliver 500 in a day that’s 500 times 22 cents. It’s good money. I’m trying to earn what I smoke each week. The brand I smoke now is the cheapest one.  My wife goes to a discount smoke shop that has the cheapest cigarettes. A pack of 20 costs $27. I stopped what I used to smoke when they got up to $32 a packet.

My wife smoked when I first met her. We used to have the odd cigarette, but she doesn’t smoke now. I used to smoke in the house for a short while, but my wife was always moaning about it which is fair enough. She goes, “get that filthy smell outside”.  She’s got a new car. It’s only a couple of years old. I wouldn’t dare smoke in that, I’d be shot. It’s not very nice for my kids and grandkids to come round to a smoke-polluted house.  So, I go outside, we’ve got a terrace on the side of the house. Simple as that.

The ban on smoking in cars with children under 18? That’s a great idea. Well we don’t want kids to get blimmin second-hand smoke, do we?

The majority, when I was growing up in England –  I’d say 75% of people smoked. Now only about 20% of people smoke – Europeans anyway. There’s a few more Māori that smoke. Rules have got to be suited for the majority. I’m in a minority, so I just make the best I can of it… I’m a minority person now. It doesn’t worry me.

We have 2 girls – one’s 40, the other one’s 41. I think she gave it up, about 3 years ago, solid, finished. My younger girl has the odd one, about 1 a week when she goes out with her mates when they go to the pub, cos she’s a nurse.  She hardly smokes at all.

She’ll have a smoke with me outside on the terrace. I enjoy that. I feel like a bit of a leper sometimes. Especially when you get those holier-than-thou people that give up, you know, ex-smokers. Those are the worst – then they’re saying to you all time stop and all that. Doesn’t worry me, they don’t worry me.

Oh, I can’t be bothered with that. They’re stupid. It’s just as bad as smoking isn’t it? Well that’s my opinion. I’m probably wrong in my opinion. I’m wrong about a few things.

It’s a bit stupid. Whenever that happens, and this is just myself, I’m a bit self-opinionated about it, whenever it happens you always get more bloody guys robbing bloody shops don’t ya. It’s crazy. They should keep it at a certain price then there’d be less crime involved in it. Then you wouldn’t get so many young fellas raiding shops for cigarettes, you know.

That’s not gonna happen. There’s gonna be too many people and so many ethnic groups that won’t be able to stop. Where will they sell cigarettes? Does the country seriously think that no one should smoke in 2025? That’s ridiculous. Won’t happen in my lifetime.