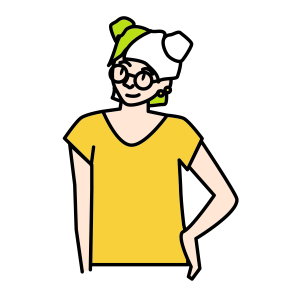 Bulma is a 30-year-old non-binary Pākeha musician who lives in a large city in the North Island. In addition to playing in several bands, they do paid and voluntary work.

I smoke maybe 3 packs of tailor-made cigarettes a week.  Historically, it was a lot more than that and for a long time I smoked roll-your-own tobacco.

I started when I was 15. It was something I could do with my hands. I was very anxious and self-conscious about my gestures and how I would hold myself. Like, my body language was quite closed and I kind of had my hands glued to my side. Smoking gave me a way to move my hands around. I would look at people smoking in films and see how they would hold themselves. It was like a prop. Now it’s something else. It’s a different kind of gesture.

I know it’s really bad for your health, but I've hung on to it quite stubbornly for a long time now. To me, smoking is now a bit defiant. Like when government raise the price every year, it’s portrayed as, ’Oh, they're trying to look out for your health’. And I’m like, no they're not. I feel stubborn and, like, I wanna continue doing it because they want me to not do it. And, because they're not doing any fucking thing to what the rich people do. We’ve got a massive drinking problem in this country. Alcohol is advertised everywhere and is incredibly cheap, but they don’t do anything about that. It pisses me off that cigarettes are targeted. People should be allowed to make their own decisions about their health.

I got very close to quitting before my niece was born late 2019. My brother and sister-in-law wanted to quit and have a smoke-free household. I cut down to smoking very minimally. But they relapsed after a month and while I was there spending time with family I went back up to being a full-time smoker.

It was real nice being around family. Smoking was always something that we did when we get together. We’d just smoke cigarettes and drink coffee together, like for hours and hours and hours, and just talk. My relationship with my mother used to be quite tense and as we both got older we kind of bonded over smoking and drinking coffee together.

I don’t have a TV so I don’t see any quit campaigns. My doctor, he’s pretty relaxed about it. I keep him updated about my smoking and he does want me to quit, but he's more concerned that I might start drinking again. I'm like a massive alcoholic but I don’t drink anymore. I think if I went back to smoking as much as I did during my peak smoking days, he would probably have something to say about that.

I spent lockdown at a friend’s place. Lockdown was, like, one of those terrible, fairly stressful times. I did end up smoking a lot more ’cause I thought I'm not gonna continue smoking. It’s a great time to quit. So, I just bought packs of cigarettes rather than tobacco and ’cause I kept on smoking I spent really a lot of money on cigarettes.

I do currently vape. It’s nice 'cause I can do it inside. I can do it in my bed and I can do it in my room and not have to go outside, and it doesn’t smell awful.  And it is cheaper. Buying a week’s worth of vape liquid is cheaper than buying a pack of cigarettes. But yeah, I still smoke a bit. I’m quite happy with the amount I vape now, 'cause I mean I do vape a lot. I'm still very addicted to nicotine.

I'm not intending to stop smoking. I like it. I like the habit of going outside onto the balcony. I don’t do that as often if I don’t have a cigarette, and it’s a lovely thing to do. I like the cigarettes with coffee, cigarettes with friends. I play a lot of music and when we’re rehearsing, it’s always lovely to have a cigarette with bandmates on our breaks. And at gigs, smoking outside is where you get into interesting conversations with people.

When I first started smoking I was able to get a pack of cigarettes for $10 or less. The cheapest ones that I can get now are $28.90! I've had to cut back. I can’t afford a pack a day any more. I just put buying tobacco ahead of other things. I do spend money on food still, but not very much. I don’t really eat out.  I live kind of basic, basically.

I’ve tried buying the cheap, black market cigarettes online sometimes. I had a friend who had some luck getting some tobacco in, but that got stopped at Customs. I tried it but Customs wanted to charge me an extra two or three times the amount I’d paid just to pick it up.

Every single time I go to buy tobacco I ask for the cheapest pack of cigarettes, hoping that one day they’ll give me the black market tobacco.

I heard about the ban on smoking in cars. That did seem to have a genuine public health base to it, if smoking is affecting children. I'm not as opposed to that. Controlling where people smoke is not the same as saying, “Hey, we’re going to bankrupt you for smoking in general.”

The current approach to smoking management – it just attacks poor people. A greater proportion of people who smoke are in the lower socio-economic group. The approach they’re taking just trashes people’s kind of basic worth. It affects poor people more.

There's something very patronising about the way that people try and deal with smoking. It’s like, ‘Oh, you poor people. We’re just gonna do what's best for you because you can't make decent decisions yourself’. Actually, that’s not the case. People need to be able to determine their own strategies for coping with stress.

There’s something really bossy about it. It’s like, ‘We’re gonna control you. We’re gonna change your behaviour through just charging you exorbitant amounts for something that you're addicted to’. If you’re addicted to smoking, you're not gonna just stop smoking! You're just gonna feel that much more miserable. It doesn’t work and it’s just cruel.  And the fact that it is directed at poor people! It’s a vice and rich people can afford better vices – better vices or more luxurious vices.

It seems kind of arbitrary. It’s the way that it’s been handled over the last however long. It’s been so pointlessly vindictive.

If we get to 2025 and it’s smokefree, what have you really achieved? Like, fuck, you know? Ultimately, you’ve made people’s lives a bit miserable and now they don’t have this thing that they used to do that kind of made them a little bit happy. It’s a Pyrrhic victory.

I'm really pissed off that legalising cannabis didn’t go through. To me, it’s just really offensive that it’s illegal and that people are willing to continue criminalising people for doing something that so many people have tried. I think voting against harm reduction is despicable.

I am probably smoking more after Christmas and New Year. You know, getting together with my family and stuff. I don’t drink but people were drinking, and they’d want to smoke and then we’d all smoke together. It’s just being around people who are cutting loose a little bit. My smoking seems to happen that way. It goes up and down – like, if I’m having a particular kind of an event, I’ll smoke a lot more and I’ll be smoking a bit more for a while and then I’ll cut back.

I’ve still been vaping a lot. Kind of mostly. I’m still on maybe, like, 2 or 3 packets of cigarettes a week which is I think probably more than I was before. But I vape in between when I don’t have cigarettes or when I’m not working, basically.

My first smoke is with coffee, just when I wake up, after maybe 15 minutes. That’s about the same.

So plain packaging came in, yeah, about 2018. Before that it was just like a little kind of notice, just like, “Hey it’s going to kill you”, and then it was like gross pictures after that. I can’t remember exactly when that happened but, yeah, I can remember before that. Now the packets are a kind of bog green.