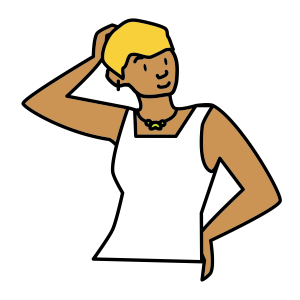 Maia was a 23-year-old Māori woman doing conservation work in the South Island when we first met her. She is also a musician, singer songwriter and has recently moved to Wellington.

I started smoking at 18. A lot of stuff happened. I had just finished high school, just broken up with my long-term partner at the time. I didn’t wanna bum around and go to uni. I really wanted to figure out what I wanted so I went overseas – on my own. I did volunteering at an orphanage. People say it’s rewarding work, but I felt that new people constantly going into the orphanage wasn’t really good for the kids. Also, their stories are pretty big and heartbreaking.

Everyone there smoked. My ex was a smoker, so I think I was kind of picking up on something that she really enjoyed, which is a bit sad; I was the dumped one. Ciggies were cheaper overseas, and also my mum smoked all the time while I was a kid. I guess I kind of just jumped on the bandwagon and gave it a crack. Then I went through a sexual assault overseas and that probably boosted it.

Smoking is definitely part of my coping. I feel like I can focus more on what I’m feeling. It definitely gives me time to kind of be with myself. But, I’m not really that keen to smoke as many ciggies anymore because my job is so physical. It’s a bit stressful on my lungs, like when I’m trying to climb a mountain and have a ciggy at the same time. I’m down to smoking 4-6 a day.

To get this new job, I had to go to the company’s doctor for a full body medical. They made me breathe through this blowy thing and it was pretty shocking apparently. They said my lungs are like the lungs of a 40-year-old. I was a bit like, “Whoa!”

The nurses asked me, like, “Do you wanna quit” and I was like, “No”. I still got the job, which was good, because some places are getting real tight with that now.

Whenever I go to my doctor they ask me if I want to quit smoking. I’m quite confident with my ‘no’.

I will stop if I financially cannot afford it. It was hard before I got my job, but I just made it a priority. I don’t really look at the price when I buy ciggies now because I just know it’s expensive. I smoke a cheaper brand. I’ll probably stick with that. I’ve got a good routine with money and stuff now.  If I have a family, I’ll stop. But if it’s not affecting anyone else, then I think I’ll just carry on.

My cousin had it. He was growing it so we started using it. I really liked it. It was just easier, and I knew what was in it. It’s also more affordable. If I could get it I would definitely switch to smoking that. We’re trying to grow it now. If we do it ourselves we can control what’s in it, like the chemicals.

I’m quite a staunch smoker. A lot of my mates have stopped smoking to vape and good on them for trying to stop. I just think vaping’s the same as smoking, so I chose one. Vaping seems like it’s the better choice but it hasn’t been around long enough for people to know the effects. Inhaling liquid into your lungs can’t be a very good thing can it?

When I got my job, part of the contract was to read through the smoking policy. You can’t smoke with your uniform on. You can’t smoke in public spaces. We can only smoke during breaks in designated smoking areas.

I flat with friends and my cousin. We all smoke and we smoke inside, and I smoke in my car.

I know about the ban on smoking in cars when kids are in there. I didn’t know that included people aged up to 17. But I think it’s fair enough. I’m all for legalising cannabis as well.

I’ve gone back to studying and working. I work when I’m on holidays and it’s been going pretty good. Nothing really has changed apart from I’m smoking more. During work I’ll smoke, like, 3 cigarettes during the day on my break, but at my study course it’s a lot more – like, probably double that.

I’ve had to go to cheaper brands or go halves with a friend on the 50 gram. There are Discount T stores that sell cheaper cigarettes.

I still think the same – it hurts you more to vape than it does to smoke cigarettes. At my course, most of them are smokers, a couple of them have tried to get on the vape but always end up falling back on the ciggie train. It could be that the majority of my class smokes, so when we go out for a ciggie it’s like a communal thing, and if people vape they don’t get to participate as much.

I heard on the news that they’re apparently going to stop selling cigarettes to people that are 18 and under now, like, for good. I just thought, those poor young 18-year-olds that are probably wanting to go buy some ciggies. You know they can’t do it. So that’s going to be a whole different type of generation.