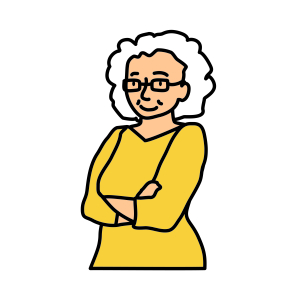 Dawn is a 63-year-old Pākehā woman. She used to be a teacher, but is now retired and lives on her own quite a distance from her nearest town on the West Coast of the North Island.

Well, my mother found a packet in my room. She sat me down and said I had to smoke the whole packet in front of her, which I wouldn’t do. But, after that I didn’t smoke again until I went to university. I was flatting and it was like a digestive thing – after your meal and a wine you had a cigarette. That set up this huge association with a glass of wine and a cigarette and that’s remained ever since.

I’m not one of these people who, first thing in the morning, has to have a cigarette. I can’t stand the smell of it first thing. It will be in the evening and it’ll be that first glass of wine – that’s when I will roll up and have a smoke. If I’m drinking alcohol, I might smoke 20.

It was the cool thing to do way back then – hang around on the street corners outside the milk bar, doing ‘rebel without a cause’. We could still go and buy them then. 40 – maybe 45 – years ago, it was a completely different culture. Growing up we saw everyone on TV smoking, and all the smoking ads. There was James Dean with a fag in his mouth, or Marlon Brando or Marilyn. If you were a cool person, you smoked. There were the long cigarette holders that gave a certain elegance to it. There was a certain rebelliousness as well, ’cause women weren’t supposed to smoke. So, if you were a feminist you’d go, ‘stuff you, I’m smoking’. There was a correlation between what kind of cigarettes you smoked and what kind of music you were into. What cigarettes you smoked determined whether you were cool or not. It was the squares who didn’t smoke.

Now, with the no smoking in restaurants, we’re all like lepers standing out around the skip bins out the back door. Here’s New Zealand being all encompassing of the LGBT and all the rest of it – which I totally applaud New Zealand for – but meanwhile smokers are made to feel like we’re lepers. I used to go to parties and all the smokers were relegated outside and I’d hang out around the fire, ’cause we’re usually around a fire somewhere in New Zealand at parties. They were usually the most interesting people to have conversations with. Now, everyone else isn’t smoking there anymore. They’ve all given up and they’re all in the house and if you wanna cigarette you’ve gotta go outside. So, now, it’s not social at all.

Whenever I go to the doctor or a new health provider they always ask the question, and very beautifully, “Do you smoke?” I say “yeah, yep, I smoke.”  “Oh, how much, how many?” And the next question is, “Do you want any help in giving up?” And I go, “No. I’ll give up when I wanna give up, if I feel like I need to give up. I don’t feel that right now. But thank-you for asking.” A couple of years ago, they gave me a little kit to take home just in case I changed my mind. It had chewing gum and some patches and a phone number to ring the helpline. But I’ve never bothered to engage with that.

They talk about kids – don’t smoke in the car and this, that and the other. I didn’t smoke when I had kids. I stopped as soon as I was aware I was pregnant. I have actually just stopped lots of times for various reasons, but it was mostly for my children. I’m wondering why don’t they talk about animals? I worry about my cat. He’s right next to me all the time, follows me everywhere and when I’m sitting there and writing and drinking and smoking, the cat’s sitting right next to me on the couch and I’m wondering about how much passive smoking do pets get?

Someone might say I’ve got a death wish, but no. One of my philosophies is no one has ever died of good health. We’re all going to die. You might die at an old age. But it’s not going to be from good health. So, what difference does it make? If smoking is what enables me to be in my spacesuit on planet earth, or whatever it is I need to do, and I like to smoke cigarettes while I have a glass of wine or a whisky, what the fuck!

I tried vaping once. I didn’t like it one bit. I thought it was revolting and I just about choked. Also, it’s so fake and I wondered what is in that stuff and what does it do to your lungs?  I know what tobacco smoke does to your lungs. As a few scientists have said, who knows what all of that vapor does to your lungs. Not to mention all the weird chemicals and this, that and the other. That’s why I smoke roll-your-owns and it’s why I buy mild tobacco, to avoid the chemicals.

It is very expensive. Every time there’s a budget they put the tax up. Yeah, it’s taxed to buggery.  But the taxes haven’t stopped me. Fortunately, I’m not destitute like I was a while ago so it doesn’t bother me.  The way I look at it, if I was to go out on the town for a Friday night it’d cost $158, $200?  I live in a very isolated area. To me spending $62 on a packet of tobacco while I’m staying in my cave being a hermit is cheap-as-chips compared to that.

Tried to grow your own?

I do have some tobacco seeds that I came across.  But I haven’t actually tried to sprout them or grow my own.

Oh! It’s a blatant hypocrisy. With one breath they bang on about Smokefree New Zealand and then in the next breath – legalise cannabis!

Nonetheless, it’s about time they stopped wasting police resources. I think it would be great if they decriminalised it, but I am concerned about how many youths are smoking cannabis. It negatively effects the brain development of adolescents, especially boys. The other concern is that it’s also a tax thing, for revenue, to stop the black market so the government gets the money.