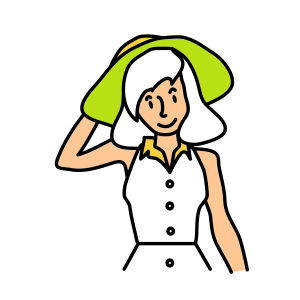 Marion is a 40-year-old European Kiwi originally from Canada. She lives with her partner and 5-year-old daughter in the South Island and works from home for an insurance company.

I would have started when I was 13. It was hard to get cigarettes then, but I was in Canada and the rules were quite lenient. They did start cracking down on it around that time, and it became harder to find places that would sell to me. Sometimes, I would just stand outside the shop and ask somebody, “Would you go in and buy me a pack of cigarettes?” I didn’t really have trouble getting them. Sometimes, I didn’t have money to buy them, but they were a lot less expensive then. And I could steal them off my dad sometimes.

It didn’t take him long to figure out that I was smoking. He smoked tobacco, so I would smoke his rollies a lot of the time. But most of the time I would buy tailor-mades. It became a regular pattern really quickly because I got bullied a bit at school. I started to want to get out of the school and that’s of course where all the smokers hung out.

I currently smoke about 15 a day. I don’t really like rollies – they hurt my throat – but I usually just buy whatever’s cheapest.

It used to be, first thing in the morning, I wouldn’t do anything else until I had a cigarette. But in the last couple of years, I can go have breakfast and not even think about a cigarette. I still smoke the same amount, ’cause I drink quite a bit of wine as well. When I start having a wine, I’ll pick up the cigarettes as well. But I can go a lot longer in the morning without even thinking about it now.

I've stopped twice – once for a year while I was with my ex-partner but then we split up and I started smoking again. And then I quit again because we got back together. But I started again when we split up for the second time.

One of those times I used Zyban and found it extremely helpful. The other time, I read Allen Carr’s Easy Way to Stop Smoking book. I read that and I left my last cigarette burning in an ashtray at the pub and walked away, and I didn’t smoke for 2 years. It was extremely helpful the way that he spins it – you see it for what it is. He just makes it so blatantly stupid. He outlines it in such a black and white way and you realise you're getting scammed by the tobacco companies, and the government. The government wants your tax money.

It’s very, very rare that I’ll sit and smoke a whole cigarette now. I usually have 2 little puffs and then put it out and I’ll do that 3 or 4 times. My habits have changed. I used to take an actual smoke break, go out and have a full cigarette.  This is in Allen Carr’s book as well. He says, you only want a cigarette when you're not smoking – and when you are smoking, you're looking at it going, why am I doing this? I actually bought it again 6 months ago. I haven’t picked it up again to read it, but I will at some stage. There's a lot of messages that really stuck with me out of that book.

I wish I’d never started. I wish I’d never touched a cigarette in my life. But I guess, I try not to beat myself up over it too much because – if I feel bad about myself – that’s where I kind of reach for these things. So I try and put it at the back of my mind.

I have tried vaping. I actually don’t mind it at all. I’d probably be able to make the transition if I actually made the effort to do it, but it’s not at the top of my priority list. I prefer cigarettes – I know they're there, they're easier to buy, I don’t have to worry about going to buy juice or charge the things. The charging is a big hurdle for me. I guess, I'm so stuck in my ways and that requires changing my habit.

My current partner used to smoke. He had quit for quite a long time – he vaped for a few years. And then he started smoking again when he met me.

I know about the Quitline, but I've got bigger fish to fry. I probably want to deal with my wine-drinking first. Smoking is the kind of thing that, when I'm ready, I’ll just quit and I don’t know if that’ll ever happen, but I don’t think any support like Quitline is going to make a difference on me.

I think it’s disgusting. I think it’s revolting because it worsens the same exact thing causing stress for people. You're stressed about money, so what do people do when they're stressed? They want a cigarette. That’s why they smoke. That’s why it’s hard for them to stop smoking because they're stressed out. Increasing the prices like they do just makes it harder for people – so they're going, oh my god, I can't afford this, but I can't stop.

It’s a poor tax. They're taxing people who don’t have access to the resources to be able to get the proper help they need to stop smoking, and tax increases cause them more anguish in their life. Then you see all these people going through McDonald’s drive-through. Why aren’t they getting taxed to hell? How much of the healthcare cost goes on fixing diabetes? Why is it on smokers, you know?

I think it’s ambitious. I do understand what they're trying to achieve but I don’t think they're going about it the right way by jacking up the costs like they are.

They're saying, “If we make the prices higher and higher, we’ll make people stop”.  Well, that’s not the right way to go about it. You need to understand the underlying reasons why people pick up smoking in the first place, and that people can't just put them down.

It’s not that people don’t want to stop. It’s that they can't. It’s not that they don’t know how to tackle it. It’s very, very addictive. It’s more addictive than anything.

For example, I've been to the Government’s addiction services. When you go to a place like that, you need to be talking to people who have been-there, done-that and they understand. A registered nurse can tell you all the bad things smoking is doing to your body. How is that gonna help what it’s done to your mind? That’s where the problem is.

People don’t need to hear “it’s killing you”, they know that – they can feel it. I wake up sometimes and I'm coughing my lungs out until 11am. I know what it’s doing to me, but I can't stop. You’ve got to deal with the psychology of it rather than the physiological part of it. They’ve got a whole bunch of these trained professionals who've gone to school to learn about it, but they’ve never experienced it for themselves. They don’t know it from a human level, or a street level, you know. They just can't relate. They don’t understand. It’s the same with the government, they're going about it the wrong way.

I do hope to eventually want to quit smoking. Even to just get to the point of wanting to quit would be great. I wouldn’t wish it on my worst enemy, it’s a horrible addiction. But like I said, I can't quit. And it doesn’t dominate my life quite as much as it used to. I think for me the thing that turns my stomach is the cost of it.

People should not be penalised for having a personal supply of marijuana. I used to smoke it when I was younger. I might smoke it if it gets passed around, but I don’t get out that often. So, it’s been a really long time and I just don’t really think about it much. I think it should be decriminalised. But also, I don’t like what would happen if this government regulated it because they're just gonna slap taxes on it the same way they do cigarettes.