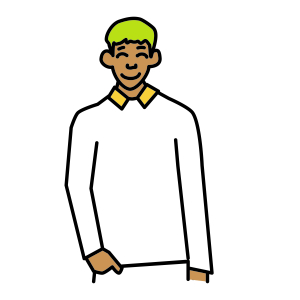 Frano is a 19-year-old man of Māori and Pākehā descent who lives in the South Island. Frano is studying conservation and looking for work.

Growing up, I don’t remember my parents smoking, just other family members. I used to hate smoking. I was always against it as a kid growing up. Still, I started smoking when I was 16 turning 17.

I was an exchange student in Europe at the time. While I was over there I fell into the party lifestyle. Everybody at school was smoking. Throughout most of Europe lots of people were smoking and it was cheap. It was a good idea at the time. It must’ve just been the old teenage-falling-into-what’s-cool thing.

I started off on tailor-mades. The past year, I’ve been smoking mostly rollies.

I have tried to stop. I recently broke my arm and at the hospital they advised me not to smoke. So, I tried to not buy any more.

It hasn’t been the best effort, to be honest. But I feel like the measures to quit just don’t really replace, or satisfy me, the way that having a cigarette does. I’ve been on the patches, but that doesn’t really seem to do much for me.

My friend tried quitting smoking and he had some of the gums and stuff. It was horrible to chew – I spat it out before I even got any nicotine in there, I’d say.

The environment I’m in - most of my friends smoke and I’m around them pretty often. Everybody on my course is smoking and it’s always being offered. I get offered all sorts and I don’t have the willpower to say no. The biggest trigger to smoke is either hanging around other people, drinking – that’s a big one – smoking a lot more when drinking, and as soon as I get in the car I’ll have a smoke while I’m driving.

I’m trying to cut down. I’d smoke probably about 2 or 3 a day. It’s hard to give up when every time you go out on smoko, everybody’s having a dart.

I have been thinking a bit more long-term and it’s very obvious what cigarettes do to you. But I don’t really want to quit yet. I definitely have those feelings of wanting to smoke every time there’s an opportunity.

In the long term, I want to give up smoking. It’s become a bit of a burden really, when it comes to money. It would be quite irresponsible of me to be smoking with my current financial situation. And I mean, it’s not the greatest thing being addicted to something and having to duck off from other people that aren’t addicted to smoking. When I have to go outside, out of the way, to smoke is definitely the time when I think about it the most and when I’m around other people that don’t smoke.

Every time I see doctors or nurses they ask me if I’m a smoker and I say yes. Everybody that I’ve talked to in the hospital informed me that it’s unhealthy to smoke. Everybody told me that I should quit, as they’re probably obliged to.

As I was leaving the hospital and I’d just been with the surgeons, they were telling me not to go and have a cigarette as soon as I got outside – which was 100% my plan. They said they’d get me some prescription for countermeasures, I suppose, for lack of a better word. I ended up getting a prescription for the nicotine patches, Step 2 of quitting smoking.

Then there’s the quit campaign ads. They’re good for reaching everyone and maybe that’s going to encourage them. But it’s not really something that encourages me to quit smoking.

I bought one and I enjoyed vaping. I definitely see, financial wise, it’s a smarter choice. And the nicotine’s there, but it’s not the same kind of sensation as smoking. As well, I was trying to vape more often than I would smoke. But I ended up vaping all the time and smoking. So, it didn’t really seem to benefit me.

I don’t see how switching to a vape can benefit you because you’re just putting something else into your lungs. And in my head I see it as replacing one addiction with another. Then you’ve just got a different problem. If I’m gonna quit, then I may as well just quit all of it and get rid of the addiction.

Other alternatives to smoking tobacco

When I was in Denmark, snus was a very big thing. They’re like little pouches of tobacco and you pop it on your gum under your top lip and the nicotine goes straight into the bloodstream. It’s more of an alternative thing for people that are addicted to nicotine but can’t smoke.  I wasn’t really thinking about quitting when I was over there, but I tried it. I used a lot of snus in my time over there.

In New Zealand I found some pouches that didn’t have tobacco in them, but they still had the nicotine in. I didn’t continue with them because I didn’t like the burning feeling and they scarred my gums a bit.

I’ve tried home-grown before just because I’ve had it given to me. It was pretty gross, but it did what it needed to do for me. Honestly, if I knew how to, I probably would grow tobacco. I don’t know what the laws are around that actually, before I say that.

I can understand that making cigarettes more expensive turns people away or makes people want to quit and that if people stopped smoking, that makes us healthier as a populous. But at the same time, people won’t want to quit. It’s just something that people have always done and people will always do.

It’s a wee bit frustrating. I thought everybody had their own body, everybody can make their own decisions. But they increase the tax and it’s just more and more of a financial detriment to the person. Especially for people my age, or anybody that has children I suppose, it’s a financial detriment to them. My highest priority for quitting is because I can’t really afford it. I go to a tobacco discount store where I can chop off $3-$5, which is a win in my head. I go for the cheapest.

It’s achievable at a policy level, if you’ve got a Government that’ll just run that through regardless of what anybody says. Done like that, I can see it as achievable. But I don’t think it’s gonna go down without an uproar.

It’s good in a way for people that have people relying on them, such as children, like dependents.  You can understand it from that point of view, where you should be prioritising that type of buying over your weekly cigarettes. I can see how they want that. But I really don’t think it’s gonna go down as smoothly as they hope it will.

I think it’s bloody stupid to be honest. It’s pretty ridiculous that you expect people that have an addiction to just stop. Rather than trying to outlaw it, maybe come from a different approach. Maybe encourage quitting as a choice rather than making it a requirement. Try not to alienate people. Rather than it being a moral goal – saying it’s a bad thing – say, “You shouldn’t smoke”, rather than, “You can’t smoke”.

I was in support of legalising cannabis. There definitely needs to be some kind of regulations.

I can see many benefits and I can see many cons. The biggest doubt for me was that it might make it a wee bit easier for children or people in their teenage years to access cannabis. I do think people can do what they want, but there’s no doubt that if you’re smoking dope when you’re younger or you’re smoking dope over the long term, then it’s gonna have an effect on your brain and your lungs. I’m not really against it when it comes to your general person or anybody that smokes it. It doesn’t bother me. I’ve done it before. I know that it doesn’t make people maniacs, or to think about drugs and go crazy or violent. It just probably makes people buy more food ha ha.

It just seemed like they were trying to replace smoking tobacco with smoking cannabis – to get to having cannabis legal and tobacco illegal. Both have their negative effects. I think smoking weed is probably much better for you than smoking treated, tobacco-company tobacco, but I don’t see the need to make tobacco illegal. And they were trying to bring this in so quickly, like they needed the money, the tax. It was probably gonna be quite expensive. So, it looked like they formulated it to make money.