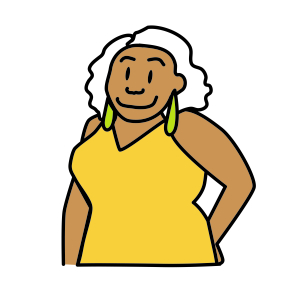 Mihirangi is a 52-year-old Māori woman who lives in the North Island. She works for the police department and was an essential worker during the first Covid 19 lockdown

I probably started smoking about 15 or 16, so yeah, have smoked pretty much most of my life.

I’m a tailor-made person and I smoke menthol.  We don’t smoke at work because it’s a government department, so from Monday through to Friday I usually smoke only about 6 or 7 a day. So, a pack of 20 will last me maybe 2 and a half days. I smoke a bit more on the weekend, especially during winter when we’re locked up inside. During the summer when I’m active it’s not that many. So, I probably have my first smoke about half an hour – maybe 45 minutes – after I wake up. I have a bath or shower, breakfast, then pretty much straight after I’ve had either a coffee or breakfast, I have my first smoke.

I’ve tried to quit 3 times. The first time I used the gum and the Nicorette spray. Then I got the patches for the 2nd and 3rd time, along with the gum.

Sometimes you get ads that pop up every now and then when you scan through the internet. But I actually haven’t seen anything on TV lately. Of course every time I walk into our doctors or the hospital, they try and push you to speak to their team who can help talk to you about the choices. They’re not being hard, like, they’re not pressuring. They just push it in regard to your health.

A lot of my friends at work who were smoking have started vaping. Personally, I have never tried it.

The increasing price and taxes, yeah, of course it has affected everybody. It’s put a strain on the old pocket. Sometimes I run out of cigarettes and have to wait till my next pay.  I’d say it has affected me that way.  When the tax increases, well you have to give up something.

I live with others. 2 smoke and the others have never smoked, so no-one smokes inside. I also have kids here during the weekends. I don’t have an issue with the ban on smoking in cars when underage people are in the car. If I’m on my own, I smoke in my car.

I think it’s a good thing, especially for the younger generation to actually get off smoking or to stop them from starting at all. But, I don’t think it’s gonna be achievable all round. There’ll still be those who’ll want to smoke anyway – especially in their own personal space, in their home. Maybe not in public so much, but yeah, in their personal space they’ll still smoke.

I’m in 2 minds about that. I wouldn’t mind if it’s used for medical reasons, but if it’s just for recreational use I don’t think it should be legal. It’s hard for me because where I work I see the after-effects of all types of drugs, how it extends to the families – the kids, the wives or husbands, or partners.

I was really busy over the holiday period with family being home, and our house is non-smoking now because of the baby. He’s over 3 months and he is gorgeous. And I don’t drink.

The kids bought me a vape for Christmas, so that was really cool. I don’t know the name of it, but the capsule flavour is Menthol Ice with 4% nicotine. That’s enough for me, ’cause I don’t smoke at work so it’s not an issue. I’ll probably never vape at work either ’cause of the closed spaces that we work in.

When I first started, it was sort of like smoking a cigarette and that could make you cough. But then I spoke to other vapers who said you don’t smoke it like a cigarette, you just take little puffs at a time. That way it’s not so harsh. I learnt the hard way a few times not to take big drags like you would with a cigarette.

I still have a cigarette at maybe 1 pm or 2.30 pm during the day, but nothing after that. It’s just that sometimes – like, especially after I finish dinner – you feel like picking up a cigarette. When you have your downtime and you’re just lying about the house, you need things to do with your hands – so you grab the vape. So, yeah, the vaping seems to be going all right. It’s just remembering to keep it charged (laughing).