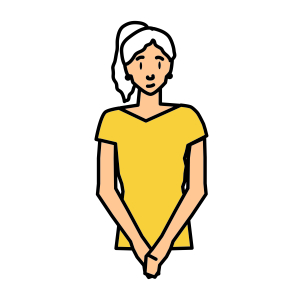 Kiwa is a 26-year-old Māori woman who lives in a seaside surburb of Auckland. She is a stay- at-home mother with 2 children.

My parents didn’t smoke until after I left home. My grandparents smoked but not in the house I lived in. My friends that I flatted with, they all smoked. And my friend that I hang out with most now, she smokes.

My ex-partner – we split up – he smokes too. But he’s very much involved with the children and we’re equal on the time we have in the roles we play. The children also go to daycare.

I smoke roll-your-owns and I probably have about 6 to 10 a day. When I have the kids, I get their breakfast ready, I put their cartoon on the TV and I just pop outside the ranchslider for a cigarette.

I’ve had a lot go on this last year. I rely on the cigarettes for stress release. Our rental property became uninhabitable because of the landlord not maintaining it. That happened during level 4 lockdown. We ended up in emergency housing. Because of the condition of the house, and not having access to moving facilities, all of our belongings were ruined. It’s been a tough process rebuilding. It led to me and my ex-partner splitting up – which is quite sad. But we were both affected and couldn’t cope and function ourselves, let alone be there for each other.

With all the isolation and stuff, too… I actually have quite bad social anxiety.
I am finding that when I am around a lot of people and I get overwhelmed, I’m walking away from the situation, just to get away from it. Sometimes I’m having a cigarette when I don’t really want a cigarette – it’s just my little escape.

I definitely ended up smoking more.

I didn’t smoke during both of my pregnancies. I think it’s ’cause when I was pregnant, like, I was doing it for my babies. If I quit tomorrow, I’d be quitting for myself and I just can’t stick to it. I’ve tried. In 2019, I tried to engage with a quit smoking service. It was very difficult to get hold of them. My call just never went through.

When I was younger and I was a bit shy, like reserved, and not sticking up for myself, some of my doctors were quite in my face about my smoking.  But when I was 22, I think it was, I turned around to the doctor and said, like, “I appreciate this is probably part of your job but I’m not actually ready or interested”. And so they bring it up when I have an appointment, but I just tell them no.

I have a vape that I sometimes use when I can’t afford smokes. I enjoy it.

I previously tried vaping a number of times but I could never find the right device or juice that I liked with the appropriate nicotine content that didn’t really burn my throat. The stronger nicotine was like needles in my throat. It’s nothing like smoking.

I finally found a juice I like and a device that I like. I prefer the taste of the really sweet vape juice with none of that icy feeling, and nothing that tastes like a cigarette.

I’m asthmatic and as far as I can tell my smoking’s never been a trigger for asthma. It’s never triggered an episode or an instance of wheezing. But if I use a vape juice that has the ice, it instantly triggers an asthma attack. I don’t know if it’s just that cold feeling that irritates the parts that get irritated with asthma?  The first time it happened I was, like, oh my gosh and I thought I just couldn’t vape. But, then I finally tried one without ice and it was fine.

I know in the long-term, overall, smoking cigarettes won’t be helping my asthma. But on an acute level I’ve never had a cigarette and then started having an asthma attack or having trouble breathing. If I run or do any exercise, that triggers my asthma. And, yeah, the smoking probably affects that also.

Before I had the vape, I found that smoking kinda almost took over my life.  When I was going places, I’d be stopping every now and then to have a cigarette and it would just really throw off the productivity of my day. Now that I’ve got the vape, I find my day moves quicker because I’m not stopping to have the cigarettes. Like, if the kids aren’t in the car with me I will sometimes use my vape in the car.

I don’t ever smoke in the car and I don’t smoke in the house. I have a rental, so I can’t do that anyway. But I wouldn’t want to for my children as well.

I think that the ban on smoking in cars with children was a really good idea, ’cause I don’t think our children should have to be exposed to what we expose ourselves to. If I’m outside having a cigarette and my children are running ‘round on the lawn, that’s one thing, ’cause there’s open fresh air. But I couldn’t imagine, even if it was still legal, being in a car and smoking a cigarette with my children in the back. That’s just yuck for them and not good for their health. Even when my children aren’t in the car I don’t smoke in my car because it’s too nice of a car.

There’s places that you can’t smoke and it’s disruptive. I know why it has to happen – New Zealand wants to be smoke-free. But it makes it a bit challenging. Sometimes I have to kind of go out of my way to go somewhere that I know is okay to smoke.

A boyfriend I had a long time ago, he wanted to try it but it was terrible and it was difficult to roll because obviously we don’t have the tools to cut the tobacco how the tobacco companies do it. It was just awful.

I don’t have an attitude for or against Smokefree 2025 because I’m not sure it’s gonna happen. We had Smokefree 2020 and that didn’t work out.

If it happens, it happens and I’ll be probably upset that I can’t smoke anymore but I’m not like, oh my gosh the Government’s fucked, they’re gonna stop us from being able to smoke.

I’m not a politician. I’m not really knowledgeable about politics. I just kind of feel, in putting up the taxes from smoking so much, the Government has created a kind of crutch for itself. They’re probably bringing in a decent amount of money from people smoking. Then they use the money to do whatever. They’re getting a nice little nest egg to push their policies and their schemes through. So, I’m not sure how committed the Government is to actually being smoke-free.

They’re saying they’re committed to ending child poverty. But each time they put the cigarette prices up they’re expanding New Zealand poverty, because if the parents want to smoke that badly then it could possibly be the children who miss out on things that they would usually have. I actually struggle a lot because of bills and the kids’ costs because the price is impossible.

I don’t feel that New Zealand’s social infrastructure is equipped to support everyone who will need support if Smokefree 2025 goes through. New Zealand’s mental health system needs a lot of work.

I have borderline personality disorder and so I struggle quite regularly with my mental health. The cigarettes are a big kind of coping mechanism for me. I imagine a lot of other people that smoke use it for the same reason. It’s really difficult to get the appropriate support through the mental health service to not have to rely on unhealthy coping mechanisms.

I should be under a mental health service constantly because borderline personality disorder is quite erratic. Things can be okay and then, I go from, I’m having a good day, this is awesome… then something will happen and I’m instantly like, I want to die. It’s really difficult to navigate the mental health system because they’re so overwhelmed. Every time I’m okay and I’m doing fine, they just discharge me from the service because they’re overwhelmed.

I wasn’t really fazed about whether the law passed or not for people to be able to recreationally smoke cannabis. I have tried it when I was younger but it wasn’t for me. I don’t smoke cannabis myself, but I live with chronic pain and I’ve done so since I was 18. I was looking forward to the cannabis legislation being passed because it would make medicinal products more affordable for people who need it.  The medicinal stuff is not affordable at all and the alternative medication that I can afford – the side effects are crazy. With tramadol and codeine, I can’t drive, I’m dozy. I’m not a fun, exciting mum when I need to take those. So, I’m a bit disappointed that it was a no.

My mum just passed away. It was very sudden.  I’ve been all over the place, it’s been crazy. I don’t work and I’m having to travel to and from up north to sort out heaps of stuff. It’s a bit of a mess. She didn’t have a will and they still had a mortgage on the house. I’m the oldest, so it’s been up to me to help sort things out.

I’m definitely smoking more. I’m up and down really. I’ve got support – help from friends. It’s just over a year since my daughter was born and my kids go to their dad’s, and they have been really supportive.

Maybe it’s important for your study – my mother did smoke and she had a stroke . Her smoking might have been a factor for her heart attack. I hope that might be helpful?

Mum had a hereditary blood-clotting disorder. I probably have it as well. I had a blood clot when I was only 19. It was very minor and I didn’t receive any medical intervention because by the time I got seen, the clot had dislodged on its own. I just have to do something really soon about quitting smoking.

I vape in the car.

My mum had a little hybrid funeral. We had it at home, rather than at the marae. Mum liked to have a beer and she liked to smoke the green herb. So if you wanted to sit next to her and have a beer or smoke a joint, you could. You can’t do that at the marae. A lot of people said it was the best funeral they’d been to. There was lots of people.