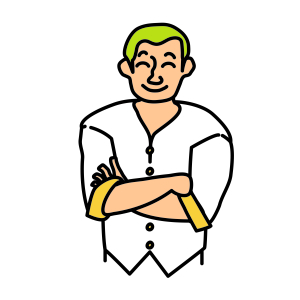 Kelvin is a thirty-eight-year-old Asian man who grew up in Auckland. He is married and the father of 5 young children. Kelvin owns a restaurant in Auckland.

I started smoking when I was 18. It was just about being cool; being with a cool group. Every time I drank, I smoked.

I think I smoke more now than before. I used to only have 1 or 2 back then, now I have 4 a day. It’s just life, eh, you get older, you’ve got more responsibility. You have people you look out for, like kids and business – you’ve got bills.

I had a 6-year gap. I only started about 4 years ago. I stopped 2 years before my first child was born 8 years ago. I got sent patches and gum from the Smokefree New Zealand people, or something like that. I think it was Quitline. The gum doesn’t work – tasted horrible. I did the patches but it gave me rashes, so I stopped all of that. The patches did help for a period, but it just got itchy a lot. I started having a bad reaction to it. And then I just went cold turkey ’cause I was having kids – didn’t wanna have a pregnant wife and be smelling like smoke.

I just thought to myself, sometimes it’s your own will overpowers anything if you wanna stop.  Nothing, no patches, no gum, can really make you stop – it’s yourself.

I stopped because of family, but now, since I have a business and five kids, I decided to start again. But, it’s not that much. I have 1 in the morning, 1 at lunch, 1 when I get home and then 1 at night – that’s 4. If I go out and get on the piss with the boys, it’s more. Alcohol and stress, that’s pretty much all that triggers it.

I’ll probably stop again sometime. I've been really active the last 6 months. I've been playing cricket, basketball, coaching the kids’ touch team, coaching the kids’ rugby team. I can tell I'm not fit like I was before. I have friends that play on the same team and they smoke galore and they’re fit as, and they all go to the gym as well.

They’re all the time, “Oh, have you tried the Quitline?” But my GP, she’s been with me for a while. She knows my situation, how many kids I have and a business, and another business. She said, “It’s up to you”, ’cause she knows I stopped by myself. She’s the one that referred me to Quitline.

I tried doing the vape. I did that for 2 years. The flavour was good. But vaping was not good for me. I got sore ribs and sore muscles when I vaped, and cramps. It was weird. So, I started back smoking.

I heard vaping gives you popcorn lungs, whatever that is, like you get air in your lungs and you cough a lot. I’m not too sure, I haven’t read too much about it.  It’s quite new, so I wouldn’t go too hard out on it because they haven’t found, you know, medically, if it’s safe or not. It’s a man-made thing, eh, although even cigarettes are man-made.

All the guys I know vape and smoke. They still smoke, but they're smoking less and vaping more. If nothing, it’s a cheaper option. That’s why everybody vapes. I think, majorly, it’s because of the cost. Cigarettes are getting pretty expensive, eh. I probably shouldn’t say, but I can afford them.

We closed for 6 weeks. I smoked less because I was with the kids all the time. We went out on bush walks, bike rides and what-not. It was good. But again, when I had a beer I’d have a couple of smokes.

I smoke outside at home – no-one else smokes, and there’s no smoking in the car. The ban on smoking in cars with children – that’s a good law I agree with. People who smoke while their kids are in there, that’s just horrible.  May as well just give them a cigarette, eh.

All I know is that they're trying to not let people smoke. Like no smoking on beaches, in public or their own places. That’ll be impossible. It’d be too hard. A lot of people smoke. It’s like their medication sometimes. There’ll be more crime. Everybody will be robbing just for cigarettes. I think they do that already.

Already, when you go outside and have a smoke, people give you the evils all the time. Especially the older ones. They look at you and walk the other way or walk around you.

New Zealand should do what Japan does and have a smoking booth every 1k or something. In Japan, you can't just smoke anywhere, you’ve gotta smoke inside this booth, like in the airport. Just put cubicles everywhere. Whenever you wanna smoke, everyone goes in there, has their smoke, comes out – voila, no-one’s affected.

I think it should have been legalised, then there’d be less crime. The black market, a lot of the gangs, would have to find another kind of money somewhere else instead of from the weed. I have a friend from Holland. He said Holland’s not crime-free but very low in crime. Everyone probably smokes too much and they're too slow to do stuff. They're probably just too stoned to notice what's happening.