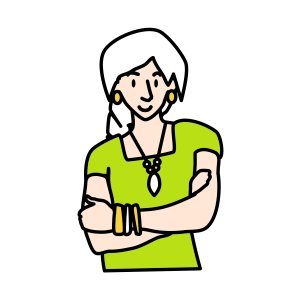 Brooke is a 30-year-old Pākehā woman who lives in a lower-North Island town surrounded by farmland. She is married and has 4 children.

I was the first one out of my peers to start smoking. I didn’t smoke often ’cos I never smoked at school or anything, so it was kind of just before and after school – so maybe about 10 a day. When I was about 13 or 14 at high school, I increased quite a lot to maybe 15 to 20 a day. My Mum used to smoke indoors and stuff too, so it was easier to smoke.

I probably smoke about 25 to 30 a day now – still rollies. As soon as I wake up I go outside for a smoke. I feel like they calm me down quite a lot. Like, if I feel angry, I’ll have a smoke and I’ll feel better. It’s mainly, just kind of something I enjoy doing, you know that’s me, like, who I am, kind of thing.

I have tried to quit numerous times. About 11 years ago, before I had my first son, I tried patches. I hated them. I felt like I was going to be sick. They didn’t take away my cravings whatsoever, so I smoked while wearing the patches. I was probably on them for only about 2 or 3 weeks. When I got pregnant with him, I went cold turkey and I gave up for about 8 months. I went cold turkey because I didn’t want to be taking any other substances. With my second son, I stopped smoking for only about 4 months. With the other 2, I never gave up smoking.

I tried stopping about 6 months ago and I went to vaping. I found it did cut the cravings down a lot more. I didn’t get so, like, angry that I needed a smoke. I just had a vape instead. I don’t know what happened, but one day I really wanted a cigarette and I went and bought a packet and just tried it again.

I cut down quite a lot during lockdown because my husband was at home with me and obviously my kids were at home, and I don’t really like smoking too much around them. I don’t smoke inside. I have 4 young children now, so I refuse to let them be around me when I’m smoking. The oldest is 10, the others are 8, 6 and 4. My husband is an ex-smoker. He gave up smoking about 11 years ago. He’s always trying to get me to quit. So, I did cut down quite a lot, probably to about 10 a day. It was fine. I didn’t really crave any more or anything. I could have had more if I wanted to, but I just didn’t feel like it ’cause I was busy.

I’m kind of two-sided about it. I do think it’s a good cause. Like, I don’t really want my kids to grow up and be smokers themselves, you know. But then also, I feel like it’s people’s choice. I think you can ban it in public and stuff, but what people do in their own homes and on their own property is their own choice.

I know I can quit but I just don’t want to, that’s the problem. I think it is who I am. I do eventually want to quit one day, obviously, but I feel like I’ve got to be ready, not forced to. Probably, if one of my kids came up to me and said smoking makes you sick, Mum, you shouldn’t be doing it – that might do it. Or, if I did get sick from it, obviously. But, mainly, it would be my kids questioning me about it.

If we got told it wasn’t legal to smoke, then of course I’d give up. I’m not gonna break the law. I’d be able to give up, I think, if we got told we had to. Also, if the price of cigarettes keeps going up and up too, I’d have to give up smoking ’cause I don’t work and it would become quite hard to afford cigarettes.

It’s ridiculous. When I started smoking it was like $10 a pack and now it’s like $60 a packet! I believe that the high taxes have increased the crime rate, like the shop burglaries and stuff like that. Obviously, people on the benefit that smoke, they’ll put cigarettes before their kids’ needs, so child poverty will go up.

It’s so funny – they’re trying to make New Zealand smoke-free but then they want to legalise marijuana. So, then people would just be smoking marijuana and not cigarettes. It just made no sense to me. I thought it was ridiculous.