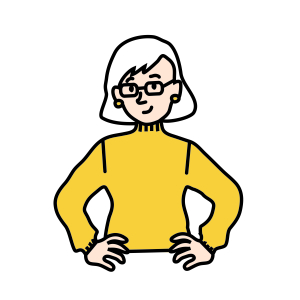 Leeanne is a 47-year-old Pākehā woman who lives in a major city. She has worked in the mental health and addictions sector, works closely with the Police and in the past, worked in prisons.

I started smoking tobacco – rollies – at the age of 15. It was just kind of the peer pressure back then. It just started off as, like, a couple on the weekend with friends.

I was probably 18 when I started smoking daily and then I went from rollies to about 5 tailor-made cigarettes a day. Now it would be 10. I have my first cigarette when I get up at about 6 in the morning.  If I was in a social setting I could smoke up to, I dunno, a packet a day. I smoke a packet over the weekend on a Saturday and Sunday.

I never smoked through my pregnancies. I have 2 children. It wasn’t an issue. Knowing that I was pregnant, I just stopped cold turkey. And I started again as soon as they were born.

Vaping – that’s not an area that interests me.

Well, I refer people often to smoking cessation, and to those kinds of avenues.  It’s great it’s there for people if they’re wanting to give up. It can work for them, but it depends on mindset.

I think mindset has a hell of a lot to do with it and whether or not they want to kind of go down the path of patches, or other forms of medication, to knock it off. But, there are side effects if someone’s already battling with depression, suicidal ideation, migraines or anything like that – such as eating disorders – it can all affect it. There’s a much, much bigger picture to this. Look, it does work for many with the help of the patches, but it’s more because they really want to do it. I believe it’s the mindset and determination. Wanting to do it for whatever reason, I think you win the battle that way. To be resistant and be forced into a corner to slap a patch on – the writing’s on the wall, it’s not going to be effective.

For me personally, I’m not interested in it. At this stage I don’t want to quit.

I’ve never smoked in the house or car. So, the ban on smoking in the car with minors present – I think that’s great.

In social work there were a lot of us who smoked. It’s nowhere near like that now. That’s been a significant shift, but I personally know numerous people in social work and addiction services who still smoke. It’s really not uncommon at all.  Still, I choose when and where I don’t smoke. If I was at a professional event or something like that and we had a break, or if we were out at lunch, I wouldn’t go out for a fag. It comes down to it’s my choice.

I’m not pro-smoking at all, don’t get me wrong. I worked within the prison sector for many, many years as a social worker and when they took it out of prisons, and even when they removed cigarettes for patients in our psychiatric unit at our local hospital, there were just huge, huge red flags. For individuals, smoking was kind of a tool to de-escalate. You were able to do that in a prison setting, men were able to smoke. They had areas. It caused significant issues when they banned smoking and had quite grave consequences right across the board. I can’t speak about what it’s like now because I’ve been out of the prison sector for several years.

I used to work with people who would soon be going into total detox. They did allow smoking – there was a small area designated for it on-site. It wasn’t promoted. The cigarettes were given, like 1 cigarette at a time type of thing. They couldn’t take a pouch of tobacco or anything out with them. But that was 4 or 5 years ago now. I wouldn’t know what their stance is anymore with clients that are smokers.

There’s a human rights issue as well for sectioned or mental health-related patients. You know those people had a right to smoke. But again, there’s another debate in itself. There is a bigger kind of harm here, looking at it from a holistic point of view. As much as smoking is not healthy, it is a real coping strategy in a stressful time for people in a really kind of dire environmental situation. Having a cigarette can de-escalate something very, very quickly. I’ve seen it myself over many years, what a cigarette can do.

Now, I don’t know whether or not they let people smoke. A lot of places, I understand too – are actually pulling vaping! You can’t even vape! I mean how can that happen? It’s not doing anyone any harm. Mind you, I don’t know, it’s still fairly new with regard to research and that. Again, it’s about drawing that line about people’s rights. With my social-work hat on – who is someone else to question if someone can smoke or can’t smoke?

And then, any given day, I can drive past my hospital, the public hospital, and see our clinicians and medical staff gowned up smoking on the street because there’s not even a designated area on site for staff anymore. It’s a terrible look.

It’s very expensive but people will still pay it no matter what the price. They’ll find the money. I’ve worked in mental health and addiction services for years, so I’m very familiar with smoking and the impact it has on people. The price – it absolutely impacts on families more and kids will go without even more, including food, sadly, yep.

Oh, good on them for trying. But that won’t be achievable. I mean, you can see long term, obviously, society is going to reap the benefits, and it’s obviously kind of breaking that cycle, because it’s generational. If we’re working with the young ones now to not even start, that’s the key.

But we’ve still got generations of active smokers for whatever reason, depending on different ages and stages. I’ve seen it in the past– what goes hand-in-hand is quit smoking but drink more, or shop more or gamble. There’s that kind of cross-addiction which is just kind of compensating for something else. If you ban something – look at P or synthetics or anything like that – it will go underground. There’ll be a black market, there’ll be more crime, there’ll be more anxiety and depression. There’ll probably be more suicides. That’s how grave it can get. They shouldn’t just escalate it or it will shift. If it’s gonna be harder to access tobacco for whatever reason, people, no matter what, will do what they need to, to get their nicotine.

If crime escalates, we’re looking at broader impacts on relationships, drug downs, just copious amounts of different things. But again, there’s a hell of a lot of education happening and promotion around smoke-free, smoke-free, smoke-free. We’re kind of fortunate in the respect that it’s going to be helping our kids and their kids. But, there’s still a significant amount of people who are going to be hugely impacted if they ban it. And what does that mean for our kids, you know? And the families impacted by it, because of course there’s a huge ripple effect for individuals and people close to them. It is a concern.

I’m opposed to it. I’m a mental health clinician. Cannabis is kind of hand-in-hand with addiction and it causes more issues in the mental health realm.