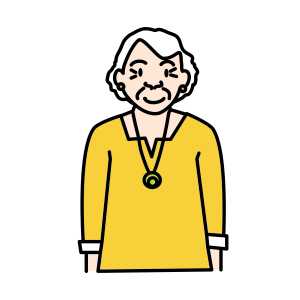 Edna is an 82-year-old woman who lives within a North Island retirement village. In her younger days she travelled a lot including backpacking across Europe.

When I first started smoking, it was 2 shillings and sixpence a packet. I was 24 years old. I’d been in the United States for about 7 months and my girlfriend and I were heading to England. In those days you travelled across the Atlantic by ship. On board, we met a couple of guys, and they wanted us to bring some extra cigarettes in for them, and then wanted us to deliver them. We said, ”No, you can come and get them off us,” but they never did. So, I started smoking them. They were Marlboro. The first one I had should’ve been the last because it was delicious, just delicious. We were in England for a year, then we backpacked across Europe and even if I didn’t eat, I would have a cigarette.

When I was growing up, everybody smoked inside. They even smoked in bed. My father smoked a pipe all his life. His pipe never left his mouth. Sometimes he’d fall asleep with his pipe on his chest.

There was no TV back then. If you went to a dance or a party, you’d have to hang your garments outside the next day because they’d be reeking of tobacco smoke. The ads were everywhere, particularly in the United States where the Marlboro Man was always a hunky, gorgeous Western guy in Western gear with a big hat.

When I came back to New Zealand, I stopped for 2 years. But I started again when I was transferred in my job to another city. I was on my own. I was sole charge in a government office and I didn’t know anyone. It was companionship, I think. I then smoked until about 10 years ago, when I got bowel cancer.

When I was diagnosed with bowel cancer, they got it early, but the surgeon said, "It would be an idea if you stopped smoking.” So, I did. I did that cold turkey, a few days before surgery. I should’ve left the nicotine and the other things in my system ‘til after the operation. My body’s reaction was horrendous. Stopping smoking on top of the surgery was like a double whammy. But anyway – I gave up completely then, because I just felt that the government had spent a small fortune on me, keeping my organs going at that time.

The surgeon, the last time he ever saw me, said, “Did you stop smoking?” I said, ”Of course I did, because you asked me to,” and he gave me a great big hug. But, would you believe it, this year I’ve started again after 10 years off smoking.

It was COVID I think. I don’t know, to be honest. It was just after lockdown when people could travel around again. Somebody came and was smoking and said, “Do you want a puff?” And I said, “I’d love a puff.” And I sat and thought about it for 2 weeks, and went and bought a packet of cigarettes.

I have never stopped wanting a cigarette. Never, ever. Not really. When you live alone, it’s companionable, and it’s rewarding.

I’m a keen gardener, I garden quite a bit. And I’d be out, happy in the afternoon in my garden, then come in and make a cup of tea.  After that cup of tea, I’d wander around with a cigarette looking at what I’d done. It can also be a time-break – like if somebody asks you a tricky question, if you’re in a tricky situation, and it’s a situation where you can smoke, you’ll sometimes fill that time by lighting a cigarette. It can be an evasion, too.

I’ve possibly got an addictive nature, ha ha. Like, I would never touch pot, never would, not back in the 60’s, I wouldn’t touch it. Because I already had alcohol. I already had nicotine, tobacco. I wasn’t going to try anything new. It’s very much like some people stuff their faces with food, or chocolate.

There is something about holding a cigarette in your hand though, which is one reason why I get vaping. But I think it should never have been allowed to take off.

I do believe that people go on too much about smoking. I do believe that they shouldn’t encourage young people to smoke, and if you're around young children it’s not a good idea to smoke 'cause they’ll copy you as soon as they can. I'm all for advertising anti‑smoking or don’t start. But the price of cigarettes now is ridiculous. It’s daylight robbery. There’d be less problem if they set the price of cigarettes at a certain level to scrape off back to the government, and added tax to liquor. Because, I have a sneaky feeling, and I'm not including myself in this, that it could be poorer people that smoke more.

I wouldn’t deny that smoking isn’t good for the individual health-wise, 'cause it’s not just the tobacco – it’s all kinds of poisons that go in the tobacco, I know that. But the nicotine-Nazi’s, as I like to call them, should just ease off a bit. For those people who do smoke, the price won't stop them. Don’t get me wrong, I'm not speaking in favour of smoking, but there is a point where the tax rises should cease. The cheapest pack is like $33 now. That’s outrageous! Outrageous!

If you take smoking off people, what have they got then? I don’t know how much study has been done on the other reasons people smoke, like stress. I was going through a very stressful time before I developed bowel cancer.

They might succeed if they stop the dairies selling cigarettes. But then people will just buy the black market stuff.  I buy from the dairy. I wouldn’t dream of holding the queue up in the supermarket. They make you feel like a scarlet woman. If you're in a queue and you ask for cigarettes, they have to get the supervisor over. Then the supervisor goes off, unlocks the door, disappears, shuts the door behind her and there's all these people standing there thinking, ‘that bitch of a woman’. I can feel them judging me. You stand there waiting, getting redder. I've never done it. I wouldn’t dare. Thank God for the corner dairy or the petrol station.

Look, I don’t agree with smoking. I would never smoke in the house, or in front of people. I don’t smoke in front of anybody. It’s my dirty dark secret. I wouldn’t hide it as such, I'm sure people know. Anybody who came on my deck would see that there’s 2 cigarette butts in the ashtray. It’s just, these people, these nicotine-Nazis, they're rude to people who smoke. They're rude to them and yet, they want to legalise marijuana!

There’s one statement I want to make – and I really, really mean this: on the one hand the government is cutting out cigarettes, but they’re not thinking of the one thing worse than cigarette smoking. My husband was an alcoholic. You can’t tell me which is worst. Alcohol does more damage to families, kids, relationships and work situations than the world knows. There’s my big statement. And then, the government allowed a referendum on whether we’ll light up marijuana. Another mind-altering drug! It’s an absolute contradiction.