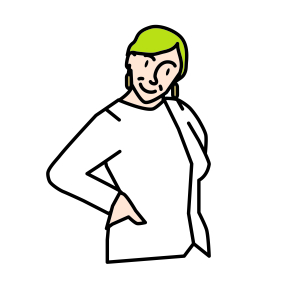 Sheree is a 52-year-old Pākehā woman who lives in the South Island. She has a partner and they both have two adult children. Sheree grew up in Australia and has had a successful career as a chef.

I have lived in New Zealand for 25 years. I’m Australian by birth. My father was in the military, so we travelled a lot to different parts of the world. I started school in Singapore and ended up in Canberra, which is when I started smoking. I was about 12, probably a bit younger than that.

I started smoking because of… oh, oh God, am I allowed to cry? The neighbourhood in Canberra had a lot of young men, 15, 16, 17-year-olds. We were new to the suburb and I trusted everybody because I got so used to moving forward and leaving people behind. When I was 12, they raped me.

I just took up smoking from then. It was a way to be cool and tough. I didn’t tell anybody that I was raped until I was in my late 20’s. I’ve talked to a few counsellors about it. My parents still don’t know.

Probably by 13, I was smoking on the way to school, at school. I didn’t start proper smoking, like sneaking out of the house and that sort of stuff until I was probably about 15 or 16. At 16, I got my first supermarket job so I could get away from my parents.

When I was 18, I began chef training. So, I was smoking. I’d also started drinking around that time and then I joined the chef’ing industry. How useful is that? My mum said, “You can’t become a chef, they’re all alcoholics.” I went to London when I was 20, worked my way around, continued my training as a sous chef, and as a Michelin star chef and I was very good at it, and I’ve had a hugely successful career. But, yeah, I am a garden variety alcoholic. I drink because I enjoy it, not to get drunk. I drink low-alcohol, low-carb beer and I would generally have 10 to 12 a day. I gave up wine a long time ago and haven’t touched spirits for 3 years. Woo-hoo!

I stopped smoking during both my pregnancies – for exactly 9 months.

During my last detox in 2017, we did one of those pros and cons things about smoking. The therapist said, “You are the most unlikely person to ever give up smoking,” 'cause the cons of giving up far outweighed the pros.

Really honestly, I have absolutely no intention of stopping smoking. It’s part of me. It’s part of how I cope with social anxiety. I don’t feel comfortable in a lot of situations. Smoking gives me a way to get up and leave a group of people or an awful situation, or an extremely screaming kid. It’s a way to just go and sit outside for 3 minutes and smoke. It’s not a healthy breather, but it’s breathing, nonetheless.

It’s also an easy way to meet people in an awkward social setting. You’ll find a small group of us huddled in a corner having a ciggie going, “Hi, what do you think about the rugby score?” That’s one of the reasons why I continue to smoke. You can put me in a room, in a smokers’ corner – I have extreme social anxiety, but I’ll know everyone’s names and half their life story.

I’ve got one of those beautiful, beautiful doctors that has nailed my feet to the floor. I can’t even fart without her knowing about it, ha ha. I get blood tests once a week. I’ve got several doctors. I’m basically uninsurable, there’s that many things wrong with me. All of them say something about smoking. But I keep giving them the 2 fingers up. I’m quite a stubborn person. I’m driven to make so many other changes in my life; smoking is not one of them. I don’t know why. It’s just something I’ve been doing for so long. I really enjoy smoking. It’s euphoric. It’s calming. It’s, well, as I said again, habit. But it’s also something I’ve always done.

It'll catch me in the end, but there may be so many other things that’ll get me first, ha ha. It doesn’t matter. I’m here to enjoy my life and I’ve got beautiful successful kids, a wonderful husband, fantastic home, a beautiful greyhound. We’ve got it all.

I considered taking up vaping. But I have latent tuberculosis that I picked up in my 20’s when I was backpacking around the world. I have to have chest x-rays every 6 months. I talked to that doctor about vaping and he goes, “No. Because not enough research has been done about it yet.” For someone with a chest condition and asthma and God knows what else I’ve got, he said putting more fluid into my lungs isn’t gonna be helpful.

My partner is a non-smoker. He is a sportsman. He really dislikes me smoking, but he doesn’t give me a hard time about it. I always take myself outside. I’ve kind of got, like, an outside office. I don’t smoke in the house or in cars. I’ve never smoked in the car with kids, ever.

I love smoke-free pubs. I was back in Canberra a year ago and you’re not allowed to smoke in the beer garden. But you can’t take your beer with you outside of the beer garden 'cause of the licensing rules. You’ve just got to hope that noone drops any MDMA or something nasty into your drink when you’re not watching it. I think that’s gone a bit too far. People who smoke are treated like absolute pariahs now.

I know that I pay more tax than people who don’t smoke and that I contribute to the health system. Luckily, I can afford it. My God, I don’t know how other people do though. I’m so surprised there’s not been more robberies and gun hold-ups. And I notice more people on the street, street walkers, looking for butts that other people have thrown away. It’s incredibly sad.

Another thing is that how much you can carry into New Zealand duty-free, has changed. You can only bring in one 50 gram packet when you come back from overseas. You used to be able to bring back 5 packets. And now, it’s almost just as expensive as buying it at the local shop. Also, only some duty-free places stock it. Australia has worse restrictions. That annoys the heck out of me. Because when I’m going overseas, I want to take my own brand in case I can’t get it. It really pissed me off.

Oh God, that cannabis referendum was a tricky one. I’ve seen enough and been in enough rehabs to see the devastating damage. I’m very, very, very lucky in that I have never had any interest in drugs of any sort. I’ve never taken a pill of any type, smoked marijuana probably twice, well before I was 20 - it made me throw up both times. Went out and had a cigarette instead, ha ha. My brother, we’re a year apart, he’s younger than me - he never smoked cigarettes at all, but my God, he smoked dope like it was coming out his ears. And he’s now as mad as a wet hen, ha ha – he’s not really. I’m all for medicinal cannabis, but that’s well and truly approved and been in for 6 months.