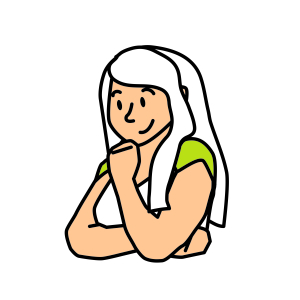 Chanel is a 20-year-old Pākehā woman who has grown up in South Auckland. She lives with her family and is studying to get into nurse training.

I didn’t finish high school. I’m doing a course now to get my prerequisites to study nursing at university. I’m not working as well ’cos I’ve got a few health issues.

I was probably 14 or 15 when I started smoking. I’d just roll one every couple of nights and started having them more frequently and then I started being able to get my friends to buy for me.

Growing up, everyone I knew smoked – all my friends, family. It was just all around me. My mum and my sister smoke, and my dad used to until maybe 4 or 5 years ago. I have 3 sisters and a brother and the only one who’s never smoked is my brother.

I’m definitely smoking a lot more now than I used to. I think it’s a mixture of life and events around me. Just being used to smoking. A 30-gram packet of tobacco used to last me a week, now it lasts 5 days and I’ve started smoking a 20 pack of tailor-mades as well.

When I wake up in the morning, I’ll have one. After meals, before I go to bed, when I’m going on a long drive and have to shake myself to keep me awake. If I’m out socialising, it depends on the group of people I’m around. Like, if I’m near non-smokers, I won’t smoke as much. If I’m drinking with friends, then I smoke a lot more. I mainly smoke rollies, but if I’m drinking, I’ll smoke tailor-mades.

I actually quit for a month last year in August, but then I was eating way too much, so I started smoking again. I used mainly the chewing gum and I was going through Quitline. That was good, but not for me. I think it’s cool how there are all these people who can support you and help walk you through everything. They give you pamphlets and say you’re able to quit smoking – and they talk to you. They are quite nice, and they are helpful, but that’s just not for everyone. But, I feel like they don’t actively try and stop people from smoking. They just kind of shadow you, if that makes sense.

Every doctor and nurse, every time they see me, they all recommend that I quit smoking. I’ve got a few health issues and smoke probably doesn’t help. I have a lot of issues with my back, with movement. I’ve been on a waiting list for physio for over 3 months. And, I’ve got a few mental health issues, like depression, anxiety. I have counselling once a week for that and I’m on medication. Smoking seems to help a lot of that.

I just can’t stop smoking – not at the moment. I can’t afford to stop smoking and start eating. I think they’ve realised that I am not gonna quit any time soon.  So, they’ve kind of given up asking.

I’ve tried vaping to see if I could get the same kind of feeling from it. I was out of smokes and I wanted to see if the nicotine was the same as tobacco nicotine.  Also, I’ve had a look and it does work out cheaper in the long run. Honestly, it’s not for me. I don’t really like vaping. I felt nauseous after I vaped. And, I just feel like the ‘smoke’ is way too fake. It was just kind of, so, like nothing.

The price has definitely gone up a lot since I started 'cos I used to be able to just grab a $50 note and get a packet and some filters. Now, it’s costing like 70 bucks a week. I can afford that but probably not for long. I go to a discount dairy where it’s a bit cheaper, and sometimes I help out at my dad’s business and in return he pays for my smokes.

I live with my parents, my sister and her son. We don’t really have rules about smoking, you just smoke wherever you want. And, I smoke in the car. But, the ban on smoking in cars when kids are there – I think that’s good, for my nieces and nephews anyway. When I was younger, everyone smoked around me and then when I got older, I started smoking. So, I think it’s good that people distance themselves from kids when they smoke. If there are kids around me, then I won’t smoke.

When I go out for a drink or go out to a mate’s place, I get told I can smoke outside. It’s not too big of a thing. If they ask me not to smoke in public areas, then I won’t. It’s kind of not just about me, it’s like everyone else there as well.

I know that the government wants everything to be smoke-free, but I haven’t really looked too much into it. Just, with the amount of people that smoke, I don’t think it’s gonna happen.

Smoking is definitely getting a bit more accepted now, because a lot more people are smoking. But I don’t know, quite often I’ll be having a smoke somewhere and I’ll look over and see someone kind of looking disgusted. Normally I try my best to kind of smoke away from non-smokers.

A lot of people who smoke, they’re in the lower-income class. I think it would help if the government offered more incentives to people to make the change. Like, if they offered testing every week to test if you’ve been smoking or have dropped down from the week before, and if you have, then you get a discount or something, like for groceries. That would help people in a tough spot and it could help them to quit smoking at the same time.

I believe cannabis should be legalised. If not to help with medical issues, from a logical standpoint it would help the government with more money for the economy. It would provide more jobs and reduce the number of people who go to prison. There’d just be a lot more money in the system and I think everyone’s lives would be a little bit better. It’s kind of the same as alcohol. You don’t have to partake if you don’t want to.