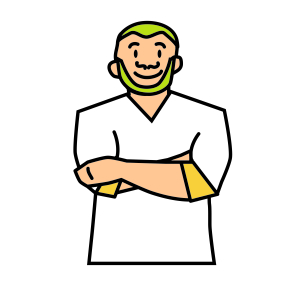 Anthony was a thirty-year-old European male who lived in the North Island with his wife and children when we first met him. He has recently moved to Australia with his family.

I began smoking at the end of high school when I was probably 17. It was just at parties and drinking on the weekends. It’s what everyone was doing in my youth.

I was very successful in my career. I’d been working at that for several years when COVID hit. So, well and truly in the career where I wanted to be, all of a sudden it stopped overnight and we all got made redundant.

Since I got made redundant, I got back into smoking. I’m in agriculture – just until things pass. I’ve been a bit stressed out, transitioning away from my career. Smoking now is probably more of a stress thing or a frustration or a boredom thing ’cause I’m not that stimulated at work. It’s just a mundane 9-to-5. It’s just not my groove.

When I started in my first job, I decided to make an effort to protect my medical, ‘cause that’s something I do every year to keep the job.

I was just a casual smoker. I could easily go a month without smoking. So yeah, smoking was completely associated with work. Casual smoking was quite common. So, like other colleagues, I only smoked when I was away on work trips. It was a fun, vibrant sort of workplace with lots of downtime and I’d smoke when we’d have a few social drinks and that sort of thing.

It’s not so bad. Well, it is bad, but yeah, I smoke probably 5 a day. When I go home I don’t smoke ’cause I’ve got 2 kids, so I’m conscious about that and the image that creates. I don’t want them to see me smoking. And my wife hates smoking, so I never smoke around her. It meant that every time that I came back from being away for work, I wouldn’t smoke. So, in a way that broke the habit every time. If I went on annual leave for a month, I wouldn’t smoke for a month because I’d be with her and the family. She, sort of, stopped the habit for me, I guess. I’m real conscious about not smoking around them. I’m sort of a closet smoker. I even only buy smokes in my own time, like on the way to work.

I certainly feel guilty, because I want to get back to my real job and I don’t want it to affect my medical. They check that my lung function is fine on the medical as well.

When the time’s right I might stop smoking, but I think I’ll always be fond of having a cigarette out of enjoyment, not addiction. But that would be like once a month. I’d like to just cut back from where I am now to what I was doing, just casual smoking.

I tried vaping – hated it. I actually found the health effects worse for me. I felt the vapour in my lungs and I coughed more. I didn’t get the pleasure out of it. I didn’t have the drag or the actual flavour, like that sort of smoky flavour. I think it’s because when I’m social smoking, I smoke for enjoyment. I don’t believe it’s habit.

So, when I tried it, probably a year and a half ago, I bought a tobacco flavoured vape. I tried to emulate cigarettes as much as I could. But, yeah no, it was just a bit of a novelty.

Bans on where people can smoke and vape…

I think the ban on smoking in vehicles with kids is brilliant. You shouldn’t be affecting other people’s health.

The biggest concern I have is the vaping one. I’ve heard from a teacher about the amount of children vaping at school. They walk past and they smell of watermelon and cherries and all the vaping flavours. It’s a bit of a concern if vaping could become a gateway to cigarettes. If the intended purpose was to try and wean people off cigarettes, that’s fine – but I feel like it’s going in reverse a little bit.

The tax definitely discourages or stops people smoking, or it makes people think. If it doesn’t make them stop, then it makes them hurt financially.

When I was on a good salary, it still made you think twice. You know, you thought you were spending a lot of money on it, unless you were earning good money.

I’ve taken a massive pay cut working in agriculture, so, for my family, I’m conscious about spending disposable income on smoking. If they were free, I’d probably smoke more – so it’s definitely something that’s holding me back.

There was a bit of contradiction there: legalising the smoking of cannabis, yet we’re trying to make New Zealand smoke-free. But I think the biggest reason it got voted down was that people may have agreed with it in principal, but they were concerned about the way it was going to be policed. The secondary effects of it. There was possibly a lack of research. That was the way I approached it. I agree with it in principal, but I’m just concerned about where it might go unintentionally – where it ends up. Sort of like vaping. Vaping was probably created to help people get off smoking, but it can possibly go the other way.

I’m trying to get back into my pre-Covid line of work. I’ve had a few rejection emails. So, I’m still working on the farm, paying the mortgage, in a job that isn’t that inspiring. But yeah, family man, gotta do what I can. It’s not too bad, it’s just not what I wanna do.

There’s some jobs coming up in Japan and Asia so we might have to move over there, which is exciting. We like the idea of moving for something like that. It’s frustrating but as long as there’s a bit of hope, that keeps me mentally happy.

I’ve had a few cigarettes at work, but I don’t have my own cigarettes. If I had cash, I would’ve gone and bought a pack. But since I use the joint bank account card, my wife would pick up on it. So that’s some good accountability there. If it was $10 a pack, I could probably get away with that. But since the price is up there, it’d be pretty obvious. It’s not ’cause my wife’s controlling but she’ll call me out on it, which is quite good.

There’s been times, like on a Monday morning when you’ve got a whole week ahead of you that you’re not really into, and you feel like taking it out on a pack of cigarettes. But I haven’t. If I was on my own, I probably would’ve gone back to smoking durries to fill in the time. Which sounds bad.

I’ve probably been drinking more to deal with the frustration and boredom. Just filling the void by having a few more beers than normal, and rubbish food. Yeah, filling my habit with something else. I think it’s still better you know – I could transition out of smoking altogether, which’d be good. And I’ve started running again so I’ve got a bit more energy.

Now I’ve gone past that 2-month milestone, I think I’ll stay stopped as long as no other life event happens. That’s what triggers things. When I lost my job, that was an event.