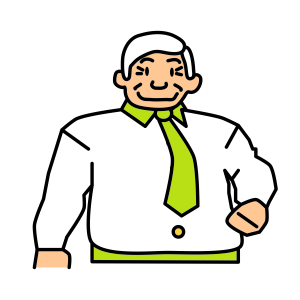 Henry is a 72-year-old European man who lives in the South Island. He owns his own home and shares with a male flatmate, of the same age. He enjoys sharing the produce grown in his vegetable garden.

I started smoking at school when I was 17. After Christmas dinner, all the boys went down to the foreshore to have a smoke. I'm 72 now, nearly 73. That’s 55 years I’ve smoked.

I’m an ex-Army cook. In the old days we could smoke in the pubs. You seem to smoke more when you're drinking than you do, like, now. Yeah, ’cause they were cheaper smokes. 55 years ago, they were only two shillings and sixpence a packet of 25 or 30, and one and threepence for a packet of 10. Now, a packet of 20 is worth $30 – for a packet of 20!

If I’d known in those days what people say now about smoking, I would never have started. It was just one of those things – as a schoolboy in the 1960s, you just started smoking at that age. But, I don’t draw the smoke into my guts, it goes in my mouth and I blow it out again. That’s probably why I don’t cough.

I've tried eight times to give up over 30 years and I can't give up. I've tried a lot of tablets. Champix, I think they call them, and I've tried patches. They just don’t work. I tried Quitline and they sent me patches. I got 2 calls from them and when I told them that the patches weren’t working and that I was going back to smoking, I didn’t hear from them again. I didn’t try the gum, ’cause I've got false teeth. Gum sticks to my teeth.

About 8 months ago, I did it with another sort of tablet and it was a course for 12 weeks or something. I gave up smoking for 5 weeks. But then I went back to it ’cause I’ve got a flatmate who smokes and you could smell smoke in the house. He’ll never give up smoking. We smoke inside. It’s my place and I don’t expect him to go outside to have a smoke. Anyway, it’s very hard when you’ve got people smoking in the house, so I went back to smoking.

A lot of people I know are trying to give up and they’re having problems, you know, giving up. They go out to the nightclubs and people smoke. I don’t go to nightclubs.

I'm gonna have another go on the 1st of January. I might try hypnosis, that worked for my nephew.

Someone did try to get me to try vaping. It’s a waste of money. I’m not paying $50 for it. I’d rather spend my money on something else. The young people across the road vape. I’m not interested. I’ve smoked for so many years, I don’t want to try something new.

If I go to the doctor, the doctor’s always saying when are you going to give up? It’s the same with my sister and brother. My sister’s older. She’s an anti-smoker. She twisted her arm getting her kids to give up smoking. I told her, “I’ll give up when I want to, not when you want me to.” My brother–- he’s just had a bypass, heart attack operation and he’s nearly 70. He’s stopped smoking and he forced his wife into stopping too. He came ’round the other day and he said, “oh you’re still smoking. You want to give up.”  I said, “I’m 72, nearly 73, I don’t have to have you getting into my affairs. Mind your own business. If I want to give up smoking, I’ll give up smoking.”

The government say they're going to turn ’round and everyone’s gotta give up smoking by 2025. So, I’ve still got four years to go.

I think they’re gonna have a hard time over that honestly, because there’s a lot of Māori that smoke. I can't see it happening because a lot of people will still smoke. They’ll find something to smoke with. Like you can go outside and get one of those dock leaves, roll it up and smoke that. I’ve done that before.

They can't stop you from smoking inside, can they? That comes under a Privacy Act. They’ve stopped people smoking in parks, and in their cars –, well, we don’t smoke in the car, but sometimes we do, but not very much.

I smoked cannabis in my 20s. I don’t see anything wrong with it being legalised. I voted yes in the referendum.

A couple of months later in the new year…

On Crate Day I had an accident, at home, and I did something to my knee. Got too drunk and fell over. I was in hospital for 4 and a half days – in ED, the emergency department. I’m off the crutches now, hopping around. Anyway, in ED I went 4 and a half days with no smokes. It was driving me up the wall. You can go outside. There’s a special area they have now that you can smoke in, but I didn’t want to get on my crutches or in a wheelchair and go out there. I could do without a smoke anyway.

The doctors didn’t say anything about the smoking or whatnot. It was more to do with the drinking I think. You know, I served my country and I think I’m entitled to have a drink and a smoke occasionally. I think the doctors, when they go home at night, they like to have a glass of wine. They might not smoke or anything like that, but I think they have a glass of wine.

The price went up at Christmas time. It went up 40 cents so that brought my packet of smokes up to $29.90, near enough to $30! You’ve got to spend your money on something. I have no family. I’m a single bloke. And, I haven’t had a drink since before Christmas.