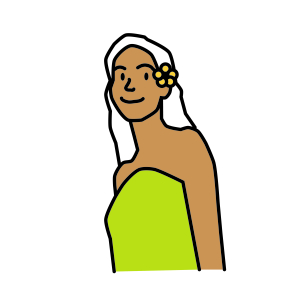 Meilani is a 25-year-old Māori Cook Island woman who lives in Auckland. She has a partner and is a stay-at-home mum looking after 2 children.

I first tried smoking when I was like, 13 or 14. Actually, I hated smoking at first – the taste, it’s quite drying. That was amongst my friends, but then I started smoking, like, daily, from 18. I smoked with friends mainly and I was working in a factory on a production line. My dad said I should stop and that I was wasting my money, and it’s bad. He didn’t smoke, but my mum did.

When I started about 8 years ago, I’d have 8 smokes a day, like at work, after work and in the mornings. Now I’d probably have at most 15 a day. I’ll get up, make a coffee and then go for a smoke. I’m not working now. I’ve got 2 kids and we live with my partner, my grandpa and my uncle. My partner smokes as well. My grandfather used to, but he stopped cold turkey about 10 years ago.

When I got pregnant I hated the taste of my cigarettes, so I switched to menthol. I stopped smoking for about 4 months. It was difficult while we were in the car and my partner was smoking, but just in the car.

I started again, I guess I just really wanted a smoke. But I only smoked like 3 or 5 max.

With my second one I just smoked as normal.

It’s kind of stress relieving. That’s the only reason I smoke now. And, when I drink, I tend to smoke more. Like, during lockdown, I found I smoked less, probably around 10 a day. I just didn’t feel like smoking, ’cause everyone was at home and I didn’t have to rush around everywhere.

Doctors, midwives – they all offer but I say, “no thanks.” I just say, “I don’t want to quit” and they kind of give up. They always say that the option’s there.

I have tried vaping. My dad offered it and he said it was cheaper. I thought that it was really drying and strong actually. It was quite strong. Then I heard that they can blow up in your face, and you can feel it when you go to smoke it – it gets hot.

I find it’s quite bad if I’m driving but, I don’t smoke in the car when the kids are with me. I didn’t know there is a rule against that. Finally! I think that’s great. My aunty smokes with her son in the car. She says, “Oh no he’s fine. I’ve been doing it for years now.”

The cost – oh, it’s crazy! I don’t understand why it’s so high. I’ve tried rollies, to save money, but I didn’t like the taste.

There was one dude at my partner’s course selling Asian smokes. They didn’t taste bad, and it was so much cheaper. It was like $20.

I don’t think people are going to stop smoking because the Government is putting prices up. I mean, I’ve seen people that smoke, and every New Year they say, oh yeah I’m going to stop smoking. Then, like, a week or two in they go and buy smokes and just complain about how expensive it is.

I know quite a few friends and family who smoke it but I actually am against legalising it. It slows you down. I nearly got run over crossing the road – twice. It’s probably different for everybody, but I think that we shouldn’t be picking up our kids and finding they’re high or whatever. I did want it just for medical reasons for people that need it.

I’m still smoking. I notice if my partner is stressed, then I smoke. I still smoke 15 cigarettes a day, but with stress or arguments I probably smoke 20 to 25 a day.

Time to first cigarette of the day

If I wake up before my kids, I’ll get up, wash my face, and go for a smoke before I shower. It’s probably, like, within 15 minutes. It’s only if we’re late, then I’ll wait until we’re all ready and I’ll have a smoke before we leave for school. That could be about an hour.

The price of smoking

Smoking is very expensive. I try to cut costs elsewhere. Like there’s 2 vehicles we use – the ute, and the car. Instead of using the car, I’ll go for the truck because diesel’s cheaper and it goes down slower. And we’ve cut down on Uber Eats.

I found that the shop I usually buy from, sold out of my smokes quite a bit. Usually, either the beginning of the week or the end of the week they would run out. So, I had to go to the next shop. Maybe it was because of lockdown.

They always ask, every visit, Do you want to quit? You should really quit. Are you still smoking? And I say, “Yes, I am.” That’s it.

Campaigns regarding vaping or smoking?

They come up every day on Facebook. I don’t even watch them. I just hear it for a split-second. There’s one, it says, Well done, you’re vaping instead of smoking or something along those lines. I just swipe and carry on.

I don’t know if vape has nicotine. I’ve tried vaping, but I didn’t like it. There was another time I wanted to save smokes so I didn’t have to buy another pack. My sister was vaping, so I used her vape. I think it was strawberry flavour. But it didn’t work out. It was so dry and that put me off smoking for like an hour. I was like, I can’t smoke.

I was thinking about trying another flavour.

Places where smoking is banned.

I’m not working any more. My last job was packing shelves in a large retail outlet. My managers were pretty cool about smoking because they smoked as well. We weren’t allowed to go out by ourselves on break so if I wanted to go out for a smoke, a non-smoker would have to go out with me – for safety. We had to cover our work shirt, but that was it. We got 2 breaks. I usually worked around 9 hours but was contracted for 8. So, I usually made up for not smoking when I did get a break. Even on the 15-minutes break we could fit in 2 smokes, sometimes 3.