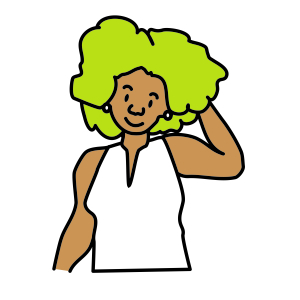 Hinemoa is a 39-year-old Māori woman who lives in the North Island on a farm. Her youngest daughter lives at home with her.

I would’ve been 12 or 13 when I first tried smoking about 20 to 25 years ago.  I was at a new school, first day and the girls in the toilet were smoking and they said I didn’t, but I said I did, and I’ve smoked ever since. It was just to fit in.

I used to smoke menthols because my parents used to give them to me and then when I could afford my own, I went to cigarettes that I liked. But I’ve always smoked tailor-mades, whichever were the cheapest at the time.

My grandparents owned a pub. I grew up in the pub, so I’ve been around it all my life. As little kids we used to roll Grandma’s cigarettes in her rolling machine. It was like, can we do it, Grandma?

A lot of people say, if you grow up in a smoking house you’re more likely to smoke, blah blah blah. I don’t think that’s completely true. My kids have been around smoke all their lives and neither of them smoked, or have any desire to smoke.

Smoking in the house and car…

I never used to smoke inside but, I must say, I have sort of started of late. My husband died 3 years ago. We were together 25 years and I was the only smoker. Now, I think, it’s my house and I can.

I smoke now more than I thought I did. On a busy day, I can smoke 20 a day easily. If I have a night out, which is not very often, it’s probably 2 packs a day. I smoke within 5 to 10 minutes of waking up. That sounds bad, doesn’t it?

I quit once, involuntarily, when I was pregnant with my first daughter. I gave up for about, 5 months, maybe 6. But then, you know, I kept freaking out. And then with my second daughter, I smoked the whole way through. I actually had no desire to give up smoking.

Without a doubt, if you go to the doctor, they do bug ya about smoking, but whatever, ha ha. That’s just life and you’re going to have people that will take offense at it, and people like me that are just like, oh well, that’s your opinion. I don’t agree with some of the things they do. My doctor’s a meat eater. I don’t eat meat. I think that’s bad for his health, so yeah. I’m not actually bothered. Each to their own. Each person has their own reason for smoking. I don’t think people should judge people for having a thing that they enjoy.

I tried vaping and I thought it was absolute shit. I think that it’s false advertising. It’s still tobacco. Yeah, I’m not a big fan of it, personally.

I’ve tried homegrown but I’ve never tried growing it myself. I don’t really like it. I think the taste depends on the curing of it, how people do it, and the fineness of it. I’m not a rollie person myself.  It made me cough more. I actually get more of a headache smoking rollies. It’s not my cuppa tea. Also, it’s time-consuming having to roll a cigarette.

The price sucks. The thing is, smokers are going to smoke regardless. They’ll find the money. And I’m not ashamed to say that I’ve kept my butts, and I’ve smoked my butts when I can’t afford a pack. Regardless of how much the price has gone up, it hasn’t put me off. I’m still buying them.

Putting up the price of cigarettes is not going to stop people from smoking. It’s going to make people starve their children though, and do more burglaries, because they’re still going to want to smoke. So, I think the government’s sort of cutting off their nose to spite their face.

The outside smoking thing doesn’t bother me. I don’t believe that everyone should be stuck in a big room full of smoke.  The era I’m in, you know, to people my age, smoking’s just a normal thing. A lot of non-smokers come outside and stand with you – they don’t want to be left inside on their own ha ha. When I go out, 80% of the people outside are smoking but probably only half of them are actually smokers.

I just think it’s a stupid idea and a waste of money. There’s too many people and people aren’t gonna stop smoking. It’s good in theory, but I don’t believe it will work. It’s going to be far too hard to police and it’ll take valuable time away from whoever’s monitoring it. If it uses police time, that’s taking them away from more important work.

It’s the same thing with pot. I mean you’re not allowed to do it, but people are still going to do it. It’s like anything in life. You’re not meant to have sex under 16, but you’re still gonna do it. So, it’s going to be a hard thing to police. I think it’s a waste of time and an attack on freedom of speech.

I don’t think people should be judged on if they smoke or not. I mean, it’s like asking someone do you drink? I drink very little alcohol, so I just don’t believe someone should be judged on the fact that they smoke cigarettes. That’s a thing that anti-smokers do, but they don’t look at alcohol. Alcohol’s more likely to kill other people than a cigarette is.

My husband was a non-smoker. I think he smoked for like 5 minutes when he was 18 or 19. He hadn’t smoked for 30-something years and he died at 53, you know? My grandfather smoked and after he’d left working in the pub, he gave up. He been off smoking for 40 years and died from a brain cancer, not lung cancer. My grandmother never smoked a day in her life. She died of lung cancer and she wasn’t around the pub lifestyle, whereas my other grandmother had been around smokers all her life. So, I think they’re blaming a lot of things on smoking, but you can get cancer from anything, it’s not just smoking.

I’m a pot smoker. I knew it was never going to pass. Realistically, with those old wankers in government, they’ll never understand. They’re focusing on the wrong thing.