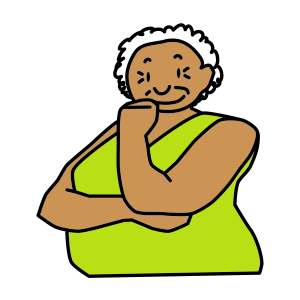 Teuila is a 68-year-old Samoan woman who came to New Zealand in 1970. She has 5 adult children, 13 grandchildren and 3 great- grandchildren. Teuila is a trained social worker but retired to look after her mother.

I never smoked, even when I had my second child, but with my third child, I started smoking. That was in 1975. When I was carrying my third child, I liked smelling the smoking and it made me feel like smoking. I ate the Sunlight soap, too. I never forget that. I smoked, like, especially after lunch and breakfast, after a feed when I feel full, and when I feel like smoking. When I first started, about 1 packet lasted for the whole week because sometime I feel like it, sometime I don’t.

When I was working, especially when I was working hard, I just needed something to relax on. And also too, with my job, because it was so stressed, my work. I worked in a high-risk organisation with people they parole from prison and from the courts. I relied on smoking every time I feel stressed. Sometimes it was too much. It was too hard to leave smoking then because I was smoking 1, or 1 and a half, packets a day.

Now, I’m not smoking much. Depending on my mood, I smoke, over 2 days, a packet. I’m not a heavy smoker like other people. Sometimes I break the cigarette in half and I keep the other part for later. Sometimes I roll, so just sometimes maybe it’s 3 days for one packet. It costs me like, $60 for 2 days, maybe $200 a week. It is a lot of money.

I quit for about 6 months about 2 years ago because all the boys and the girls at work, we were having a competition to stop smoking. One of the ladies from the Pacific health service came and we had a lesson every day. Like, every 2 days they got this thing to have a test on you. With those kinds of things, there’s no mucking around, you can’t say I didn’t have a smoke, because the test will say I’m smoking.

I just wanted to quit because I didn’t want my body to smell when I walk past people. Also, my clothes smelt. You know, when people smoking you can smell the smoke. People who don’t smoke, they easily smell it. It’s not good. You feel clean and smell nice when you stop smoking.

But, one of my friends is an old lady. She stopped smoking and then started getting sick. So, then I said, oh my goodness, I’d better start smoking again.

The last time I was quit, I was on the patch about 3 months and it was working good for me and then the lockdown – too much stress. That’s why I started again. It was just staying at home. I was bored. My daughter wouldn’t let me go anywhere, even to go shopping. She did the shopping for me. And they said, “Mum, you’re not going anywhere”. It made me angry. Every time I stressed, I would smoke just to relax.

I think I’m trying to quit smoking now. That’s why I cut down the smoke, like, 1 packet for 2 days.  But, some people really like smoking.

Most of the time I go see the doctor, they ask me and they offer me the patch.

In 2015, when I worked with people on parole, it make me want to have something for myself to help my people. I thought, I’m gonna go learn something more to help people, what they need. So, I went to study for 4 years to become a social worker. I graduate like, 2 years ago. After that, my husband pass away – just after my graduation. And my mum was getting old – she’s 95, nobody looking after her – so I decided not to go to work and it’s my responsibility to take care of my mum.

To me, money is not important to me, but my mum is important to me. Whatever time she goes, that’s the time for me. Then, I can look for a job and maybe, hopefully, God will take care of me because I’m gonna be 69 this year. To me, even if I’m not working as a social worker at the moment, I always help family and give advice, especially kids in a couple. They try to break down and then I give advice and they back together. That kind of thing. I want to use myself to help people, what they need, you know, just encourage.