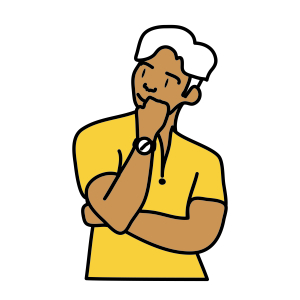 Anaru is a 30-year-old Māori man living alone in a lower North Island town. He has a major spine injury made worse by his first doctor sitting on his results for over a year. Anaru is now on a benefit, still waiting for specialist care or surgery.

I started smoking when I was 14. My mother had just married a new person, and I was going through schooling stresses because I was put up to the smart class and that increased my workload. Then my new stepfather was, well, he was psychologically abusive. So, like, the stress plus being abused all the time sort of just led to smoking as a result.

My mother smoked, but she only really started smoking because my father – the person she was with before my step-dad – he was abusive to her for 7 to 8 years. She only started smoking ’cause she was being abused. As soon as she was out of that situation, she quit smoking straight away.

I came to the decision to smoke because I noticed people that were smoking were temporarily relieved, and I wanted some temporary relief. My counsellor at school was actually one of the ones that suggested I take up smoking. I was one of the only students that was allowed to smoke at school and not get in trouble. And, they wouldn’t take my cigarettes off me. I think it was ’cause they knew what background I came from and so they were, like, we’ll just let it slide because we’ll just make it worse if we open our mouth. I think they were stuck and they didn’t know what to do, so they just did nothing. People can only do their job with what they know. If you’re given a situation you’re not used to, then you don’t know what to do.

I’ve always bought my own. I've been 6’ 4” since I was 13, so when you're bigger than most adults the shop doesn’t really ID you. I started on tailies – well, they used to be really cheap. When they started hiking up in price, I moved to rollies. I smoke between 5 and 10 a day.

I ended up leaving school when I was 16. It was when they were testing the new NCEA. I completed everything. I passed NCEA within a quarter of a year and then got told it was worth nothing. They said we had to still do School C if we wanted it to count. They were, like, oh do you wanna do the next year? I was, like, what's the point if they keep just taking everything off me? I just refused. At that point I needed to pay bills, so I went to work instead.

Since I've left school, everything’s just gotten more expensive and pays have gotten less. And so, like, the chances of actually completing something like that just went out the window.

I’ve not ever quit by choice, it’s more the fact that financial situations dictate it. It’s more like being bullied into it. Like, if you can’t afford them, it’s better to quit for a bit than the alternative of trying to steal them.

I tried the gum. I've got like a box of the gum around here. It gives you the nicotine, but you got the same issues as other cigarette replacements products.  You’ve got nicotine in there, which is fine, but cigarettes are like 40 different poisons and so, like, when you’re only taking the edge off that one poison there’s still 39 other poisons in the back of your head going, you're not fulfilling this.

I've only really smoked as an anti-stress thing and then, like, quitting smoking doesn’t get rid of that stress instantly. If anything, that just adds another stress on top. Like, if one day all of my stresses just melted away, then I’d consider it. But, as long as I live in a world with stress, I don’t see myself quitting.

If I see my GP or am at the hospital, they will ask about smoking but they like to keep it as a brief as possible. If I said, “No I don’t wanna do anything about it”, they just left it there. They don’t want to push that button. I think they’ve pushed enough buttons and they’ve realised that if they ask that question the wrong way, they get anger.

The thing is if the government has a goal in play, it’s not them that has to take the brunt of the fall, it’s all the people they told to go tell everyone to quit smoking.  They're the ones at the frontline, they're the ones that are gonna take the fist to the face.

I don’t see how vaping’s any better. All the people I know that vape, they all ended up with this, like, worse smoker’s cough than the smokers I know, and they ended up with the smoker’s cough within a couple of weeks of starting vaping. I didn’t see the point of taking up vaping when it seemed to me to be just as bad. I’ve had, like, a few puffs on it. I got given one of those vape pens, but it broke. I didn’t bother replacing it.

But yeah, like, it’s good for the distraction, for letting your hands do something, but it never really, well, you'd have a puff on it and you’d still want that cigarette.  So, it doesn’t really replace it. It’s just different.

I used to grow the stuff. There’s just a big problem – when you grow your own tobacco, you think it’s going to be like the tobacco at the shop, but it’s actually different. I know the flavourings they use and I can replicate that, but the process that the shop uses to get their tobacco to taste like it does takes about a year and a half. So, if you grow your own, after growing it and doing all that effort, you’ve still got to put a year and a half’s worth of effort to curing it and drying it, to get it into the state where you can smoke it – otherwise, it’s just like a cigar. Curing it, however, that’s the difficult part. I smoked home-grown for about a year, but yeah, that’s just not really the go if you don’t have a big plot of land to use. You’re allowed to grow tobacco, up to about a year’s amount for your household. You're not allowed to sell it.

The thing is, before all of these bans, like the car one, all good people wouldn’t have done that anyway – it’s only disrespectful people that would.  So, they’ve brought out this law for everyone that smokes to change a couple of people that wouldn’t step out of their car for their kids. That shouldn’t be a cigarette issue, it should be a child-welfare services issue.

When that law came in, I barely knew anyone that would smoke in their car with their kids. Not because they're smokers, but because they love their kids and they wouldn’t smoke in the car with them or in the house. They'd go outside. They brought in this law that was pointless, because it was literally picking on a couple of people that they had in mind, where the rest of us would just step outside.

The tax is not to do with tobacco at all. It’s revenue collecting and poverty inducing. They wanted people to be in poverty and so they increased the thing they knew that their stress will take them to. They could choose for people not to be in poverty, but they’ve done nothing towards that, have they? Poverty doesn’t come out of nowhere; it is the result of actions and their actions spoke for people to be poor. It’s prosecuting people for a crime they haven’t committed.

I don’t think they care about the people that are going to smoke. You know how the government is, they believe it’s okay for them to be cruel to one bunch of people to be kind to the rest. Well, they're sort of doing that with smoking. To be kind to the non-smokers and the people that haven’t taken up smoking, they're being really cruel to the smokers. It’s not giving a bad name to smoking, it’s giving a bad name to non‑smokers. It’s making them seem cruel.

I think their drive to have this campaign against cigarettes – it comes from money. How many billions of dollars have they made off this increase on cigarettes? How much of that went to cigarette-related health issues? Where’s the money going?

The simple fact is they wanted more money and they wanted someone that was a minority to blame, and that is smokers. Like, they were expecting to deal with a bunch of dumb people that would never be able to argue with them. But they didn’t realise that the rest of the world can see what they’re doing too, and not just the people they thought were dumb.

My hope would be that anyone that needs access to it can afford to access it.  So, if you needed it medicinally, they're not gonna charge you $1000 every time you need it.  But, what I expect to happen is that the government’s going to try to keep it illegal for everyone except for the medical people and then they're gonna marginalise that down to: if you are rich enough to afford this amount at this price, we’ll give it to you, but if you’re not you can die a painful death.

You know how they said “no” on the referendum? That just plays into that, because now they can bring it out as medicine and demonise it at the same time.

They never give people the full information about what they're voting for before they go in, and so we’ve got all these blind people going I know better about weed. No! They’ve spent 30 years demonising it. To make it fair, they needed to do 30 years of promoting it. They don’t tell people all the facts, they just pretend – pretend they have a voice, but we’re not actually gonna listen to it and we’re not actually gonna give people the real information beforehand.