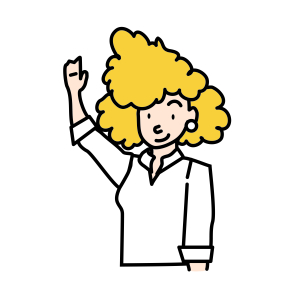 Tayla is a 27-year-old Pākehā woman living in Auckland. She is a busy mother with 2 children. One child has a hereditary heart condition and the other has a rare kidney disease.

I started smoking around 15, 16, but it wasn’t full-time. I was walking home from college with friends. They used to take their college shirts off to be in mufti, ’cause they wore singlets or other t-shirts under their uniforms. I eventually figured out they did that so their uniforms didn’t stink of cigarettes.

One day, I said, “Okay, give it here”. There was no pressure from them. I did it just to be cool and to fit in. I took a puff and coughed my bloody lungs out and my mates cracked up laughing. I was like, “How the hell can you smoke when you cough your lungs out like that?”  They said, “Now you’ve tried it, you’ll find if you smoke again, you won’t cough as much.” I thought nah, not gonna do that. But, a week or so later I was like, oh shit, give me a puff. I coughed once or twice, but that was it. Before I knew it, I had taken it up. I still remember it was horrible and there’s times I sit here and I’m like, man, why did I start smoking?

I had a bit of a rough time not long before I turned 16. That’s when I began smoking full-time. I had a very rough childhood. My father is an alcoholic, and mum and dad ended up breaking up. Mum was like, “I don’t want you kids staying with your father”, which was fine. But it was very hard going from having 2 parents at home – regardless of the fact that it wasn’t really a happy loving household – to all of a sudden not being around Dad. It sort of made me rebel.

Both of my parents smoked. They still do, and my siblings.

I would say I’m quite a heavy smoker now. I smoke about 15 a day. 10 to 15 minutes after I get up, I go to the loo, put the jug on, make the kids breakfast and while they’re eating, I sit outside and have a coffee and a smoke, and then kind of start my day. If I’m really busy, there’s days where I can go half a day without one. And then, there’s days where I’ll sit there and smoke 2, or 2 in a row.

I’ve managed to give up a couple of times, but unfortunately I’ve ended up back on them.

The first time was after I collapsed at home. I got an extreme pain and fell on the floor. The hospital was like, “You’ve had an episode of pericarditis. You’ve got ventricular tachycardia, so your heart’s beating way too quick.” That was when I was like, whoa! I’m giving up.

I quit for a while when I got pregnant with my son, when I was 18. I didn’t find out I was pregnant till about 9 or 10 weeks. My midwife said, “Because you’ve been smoking quite heavily don’t just give up cold turkey. You need to wean yourself off as soon as you can, because smoking’s not good for the baby. But wean yourself, because then you’re less likely to take it up again later in the pregnancy.” So, I started weaning myself off and by the time I was around 15, 16 weeks, I’d completely come off them.

My son was born with major heart complications. He was in hospital for the first month of his life. I had fallen out with Mum and was living with Dad. There were times we would go for a walk and Dad would light up a cigarette. One day, I asked, “Can I have one?” Things were stressful – my son had just had open heart surgery. So, I started again.

Being young, I had all this guilt. I was like, was it my smoking? Did I do this?  But they said no. The damage to his heart was hereditary. I always thought it was me and the smoking.

I gave up again when he was about 3. I told my doctor I wanted to quit. I’d tried a couple of times with the gum and the patches. I never really liked the lozenges. There was a couple of times they did work, and I wouldn’t feel like I needed a cigarette. But I didn’t like the sore throat I got after sucking them. The patches I reacted to, and so I gave them up real quick. The gum didn’t do anything for me. So, my doctor put me on Champix.  That worked for, like, 6 or 8 weeks.  I completely came off the cigarettes.

I now have a 1-year-old and during the pregnancy with her, I sort of quit, but didn’t. When I first fell pregnant with her, I had only just lost my grandmother and things were very hard.  I got right down to only having 1 a day. I went several weeks without any at all. But I had major morning sickness. I was sick 24/7. Sometimes going outside for a couple of puffs on a cigarette made me feel better.

My daughter has a rare kidney disease. She receives treatment once a week. Her condition isn’t hereditary. She’s just extremely unlucky.

All the doctors and that say, “Are you ready to give up yet?  You should give up, it would take some of the strain off your heart.”  There’s a part of me that does want that. They always say, “We’re not gonna force you into it. But if you’re ready to give up and when you want to give up, you come and see us.”

In the past, when I’ve had people ask me about smoking, they’ve typically been non-smokers and so they don’t get it.

I suffer a bit of anxiety and depression, all of that. I’m working closely with my GP at the moment and she believes I may be suffering a bit of PTSD. If I’m feeling very anxious, sitting outside and having a cigarette takes it away.

I know it’s a bad habit. It’s something I want to give up, hence the many attempts. Unfortunately, I have a very addictive personality and it’s in my family.

I don’t only wanna do it for my own health, but for the kids. Being addicted to smoking and having smoked for half my life, I’d hate to see the kids grow up and be smokers. It is very addictive and it costs a hell of a lot. But, things have been stressful. I know for a fact that while things are so hard, now is not the time. It’d be a waste of time because I’ll only end up doing it again.

I wanna wait till things are a bit better in life with the kids and I’m in a better place. Then I’ll be able to kick it. I don’t wanna put myself in a situation where I’m just going straight back to it.

Before I got pregnant with my daughter, my Nanna was really sick. The last month of her life she spent in the hospital. Me and my Mum took turns caring for her. Money was really tight because I was back and forth so much and a couple of times, I bought tailor-mades, a couple of times I would just smoke my Mum’s. Then my cousin said, “hey, why don’t you try a vape?” And I said, “well, shit, it’s gonna be a lot cheaper than smoking, yeah, I’ll give it a try.” I tried it.

It did kind of work. I went many days without a cigarette, by only using the vape. But, it wasn’t enough for me. I could spend half an hour puffing on the vape and I wouldn’t feel like I’d had a cigarette. Then I’d go and have a cigarette and I could go hours without one.

For me, the sweet fruity flavours of the vape was yuck. You can get tobacco ones, but I found a tobacco one would be almost as bad as smoking like a home-grown cigarette. They were very strong, and it really hurt my throat so I didn’t like using them.

I don’t think it will happen. A lot of people have quit. Some of that is due to the constant increase in the price. People can’t afford it anymore. But, if I go up to Mum’s farm and we have a gathering with some of her friends – 95% of them smoke. A lot of older people have been doing it all their lives, like my Mum. Can I ever see my Mum giving up?  No. I’ve asked, “Have you ever thought about giving up?”

Mum goes, “Yeah, fuck, all the time, but I can’t. I’ve tried to slow down. I’ve tried to stop, but I can’t do it. I’ve been doing it for, like, 40 odd years now” A lot of the older generation that I’ve spoken to have said that there’s no giving up in sight.

I also see so many young people smoking. It’s quite bad in our town – the crime here and the statistics aren’t that great. Wherever you go, there’s young 15, 16, 17-year-olds smoking. They’re all doing it and I can’t see it stopping any time soon. There’s not really a lot for teenagers to do.  There’s a lot of young, pissed teenagers walking around drinking and smoking. A lot of the kids around here have grown up in very rough households with parents drinking and smoking, and there’s a lot of drugs in this area. I see so many kids smoking and whatnot, I guess to escape all the crap, like domestic violence at home. I know from experience. As a teenager, smoking was a major escape and a way to get away. A lot of teens in my area are doing the same.

More from Tayla on home-grown tobacco, taxing cigarettes and bans…

My dad’s friend used to grow tobacco, pretty much just ’cause he was sick of having to pay for it. It’s not flavoured. One cigarette of home-grown tobacco was like puffing on 10 at once. It was very strong. The stuff I smoke is rum flavoured. It’s nice and occasionally it has like a little bit of a sweet taste to it. But the home-grown tobacco, it’s just grown, picked, dried and smoked. It’s very, very harsh.

I’m in a rental property and, of course, you’re not meant to smoke inside. But I’ve never liked to sit around the kids and smoke. I always go sit outside by myself and have one.

As a kid, back in the 90s, there wasn’t really rules about smoking in cars. I remember as a kid having to breathe it in. It was horrible. I hated being in the car because I knew that Dad was gonna smoke and it’s not something I will do.  The ban on smoking in cars when kids are there is good.

There have been times I’ve struggled financially. I limit myself to a 30-gram packet a week. I don’t smoke tailies, they’re way too expensive. It gets hard. It would be nice to have an extra $60 a week, but it’s not a new cost. When I get paid, I already know what I’ve got at the end of the week, after cigarettes.