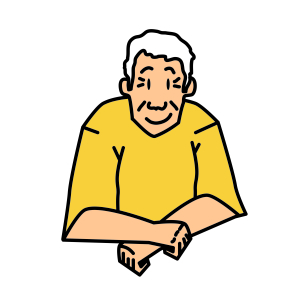 Edward is an 81-year-old man who is from Canada. He is retired and lives in the South Island. Edward is married and has adult children and a lot of grandchildren.

My father smoked and I used to pinch his tobacco, and my brother smoked, and that’s how it all came about many moons ago. I was probably 9 or 10 when I started. I’d have a puff here and a puff there, and then just carried on.

Once I was working for myself I could afford tobacco, and then I was a regular smoker. I smoked roll-your-owns for many years, but I used to go to the local dance and buy myself some “uptowners” as we used to call them – cigarettes. I had to have some uptowner cigarettes to dance the night away.

It’s changed over the years. I smoked tailor-mades for a while and then I went to roll-your-own. I stopped smoking for a couple of years and then I started again. Right now I’m smoking, but not very much, probably the most is 8 or 9 in a day – that’s over 12 hours.

My wife was smoking when I first met her, but as soon as she got pregnant she couldn’t handle it – it just made her sick, so that was the end of that story. And she’s hated the smell ever since. Well, we went to Australia to do a campervan tour, I thought, this is the time to chuck them away, and that’s what I did – just cold turkey and that was fine. We went back the following year, and the year after. That trip I joined a lawn bowling club, and all the Aussies were puffing away and blowing it in my face, so I picked it up again. Everybody was doing it, that was the thing. The smell makes you, you know – if you’re an ex-smoker – it doesn’t take much to get kicked off again.

I’ve tried stopping again now and then, but nothing serious. You can take different patches and whatnot. I’ve tried that. Personally, I feel if you’re going to stop, you stop and that’s it. You don’t go through all this other carry on. I know with the promotions, sure they’re trying to help people, but sometimes, some of these campaigns get a bit carried away.

If I want to stop, I can stop anytime I want. That’s the way I feel. I enjoy it too much to stop, that’s my problem.

My wife and a couple of my daughters – they’re forever on my case: “Oh will you stop it, Dad? I can smell you”. But anyhow, that’s tough. The way I look at it is, I’m my own person and I can stay that way.

There’s one woman at the bowling club, she vapes, and she finds it quite relaxing, but I can’t see the point because it’s still nicotine going into your system. I’m not interested – not at all.

I’m very conscious of it for my wife. I can see her point. She doesn’t like it, okay fine, she doesn’t have to wear it. I make sure I’m outside and make sure there’s no smoke smell coming into the house at all. I’ll go for a walk in the park or to the bowling club. I always have mints that I take to kill the breath.

It’s not a fashionable thing to do now. There’s very few places that you can actually smoke socially. You’ve got to go to restricted areas etc etc. Even in Australia, some of the golf courses I was playing golf at had restricted areas where you could smoke, but not on the whole course. I think the more of this that comes into play, the better it is for us.

The tax just keeps going up, up, up. It’s a very tricky situation because there’s all this on the packaging saying “smoking causes lung cancer”, smoking causes this and that. I think the health department has a lot else they should be looking at, not just smoking. It’s people getting sick and not taking them in or giving proper care at the time, that’s the problem. People are left until they have to end up in hospital, which then costs the government and the people a hell of a lot of money.

What I really would like to see is the young not taking it up. Keep increasing the prices so they can’t afford it. But then again, the ones that are hooked into the system and complain about housing and whatnot, they can’t afford it. So many young people are drinking and whatnot. That money could be re-directed into saving for housing. People should enjoy themselves, certainly, but there needs to be a limit. When I married and we had 3 little children, we could only afford certain things and that was it. We couldn’t take them anywhere. I was still smoking of course, which didn’t help the situation, but we probably gave up other things for that. We didn’t drive $50-60,000 vehicles at that time. $2-3,000 cars we were driving, or $500 ones. And we were buying used furniture – none of this buy-now pay-later thing. We didn’t do that. We couldn’t afford it.

I thought it should have been passed because it is proven that it is beneficial to people in certain situations. And I think, again, it will be a tax – it will be income revenue for the government. I don’t care what anybody says, there’s going to be dodgy people out there regardless of what happens. Look it’s the same with alcohol or anything else – as long as it’s not available there is going to be the low-lifes or whoever, who are going to exploit the whole situation. Also, it will give the police more time to do other things rather than going and raiding cannabis plots. You know, the money I think the government spends on trying to control it is absolutely out of this world.

I’m smoking maybe 3 or 4 a day. It just depends how I feel and how much flack I get from the opposition and my oldest daughter.  They get on my back, so I have to be very sneaky. I just go outside and wander around and check the garden out.

I don’t have one before breakfast.  I’d say it’s 1-3 hours after I wake up before I have one. It depends whether I’m home or at the kindergarten where I volunteer. Sometimes I don’t have one until 10 or 11 o’clock, sometimes not until after lunch.

I’ve reached 82. I’m still upright and if I happen to snuff it in the next year or 2, it’s not going to worry me a hell of a lot. I’ve had a pretty good life, not bad going for an old fella. I fell over in the shower the other day - my legs just gave away. I saw my doctor. She didn’t seem to be too concerned. She just put it down to old age.  I use a walking stick these days, and I walk every day.

I gave it away one day and then started the following day. Well, it’s bloody expensive. Instead of doing that, I could spend my money on Lotto and maybe win something. That’s probably one of the reasons I still smoke, because it doesn’t worry me as far as the cost is concerned.

I can give it away if I wanted to. It’s a mental thing. You have to make up your mind you’re going to do it. Like I did when we went to Australia.

They’re barking up the wrong tree because there’s people going to suffer for it.  If somebody wants to smoke, that’s their prerogative.  We’re supposed to be a free country. They’re taking a lot of freedoms away. Not just smoking, but the whole 9 yards – and you can’t do that. We’re not living in a bloody communist state.

I think there’s other things the government needs to look at. Some of these crim’s going to jail they’ve smoked all their life and all of a sudden, they take the cigarettes away from them. That’s not doing them any good is it? I think they need psychological help. Let them smoke for crying out loud, they’ll be relying on them. No wonder they’re having problems in jail. There’s a reason they’re in jail. They need medical help rather than stressing them. They need help psychologically as well as mentally. That’s why they end up in jail because they’ve got a problem. What do I know?  I’m just an old fart.

Now everyone and their dog is doing the bloody thing. I mean you can’t have one without the other - the same old, same old.

What if dairies and petrol stations could no longer sell cigarettes?

That’s going to knock the hell out of a lot of dairies. Somebody goes in for cigarettes and then they buy other things. The place they really need to cut it out is the supermarkets.  I’m sure 90% of the sales goes through supermarkets.

It’s not going to worry me because I’ll source it wherever I want. I’ll never forget when I grew up on a farm and there was restriction with alcohol. Well, my parents brewed their own vodka.  They couldn’t care less what the restrictions were. I think they’re going to open up a black market for cigarettes. It’s just going to be bloody awful. It’ll be like in the 20’s in the States when they had prohibition with booze the black marketers, the crims, were having a field day. That’s going to happen here with cigarettes. As soon as you put a stop to something, somebody’s going to benefit by it. Whatever they put in, there’s always somebody who’s going to get around it.