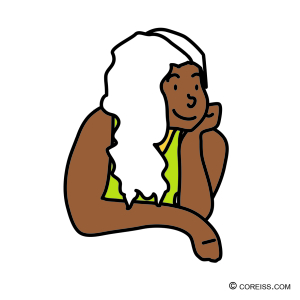 Hana is a 36-year-old Māori woman who lives in Auckland. She has a 3-year-old son and lives in her whānau home. Hana is a team leader. Her work focuses on helping vulnerable families.

I started smoking very young. I first picked up a smoke at the age of 8. It was the availability, my crowd – oh, there was heaps of reasons. I think for me, it was curiosity, just wanting to try.

I wasn’t a heavy smoker. I used to sneak smokes until I turned 12 years old, then Mum allowed me to smoke. I think it was a way of giving back to me for helping her, what do they call it – a bribe. I didn’t buy them. If I got sneaky money from my Dad, I would save it. I had friends that could provide or had people that could buy, or my Mum used to buy them, or my Dad used to provide them. There was many sources, not just one way.

My upbringing was quite stressful at times. I’m the eldest of 8 children. I’m not the only one out of my siblings that smoked.  My mum and dad are smokers, and 5 of us out of 8 children smoke. There are 8 of us in our house now, and 4 smoke.

Every day varies. On a bad day, I smoke roughly 30-plus smokes. On a good day, I’ll smoke about 10 to 15. Good days are usually busy days, so then I don’t really have enough time to squeeze in a smoke. Bad days – everything else just doesn’t matter.

Smoking is… it’s relief. It helps me to stay in a lazy mindset, ha ha. There’s always substitutes instead of having to smoke, I understand that. But instead of exercising or something like that, I prefer just to have a smoke. Another reason I smoke is my surroundings. A lot of people that surround me smoke. It’s common for all of us to be doing the same thing. A majority of it is conversation. When I go visiting, that’s our way of socialising. It’s also my break away from my son, just to have a bit of me time.

I’ve tried to stop on many occasions.  The longest I’ve lasted is 3 weeks and that’s due to being sick. I’ve tried patches, gum, lozenges. I’ve even tried Quitline. I’ve also tried the one you spray on your tongue. Cause I sweat heaps the patches always came off. The lozenges and the gum – they’re yuck. Cold turkey – I didn’t like myself.

I know that there’s other things I can put in place. One day it’s gonna have to change. I’ve still got to get to that accepting change and moving forward.

Recently, I went and bought me a vape. It’s okay, but it’s not as easy as grabbing for a smoke. I’m a pretty heavy smoker and with a vape, you’ve gotta charge them and then refill them and change coils and all of that stuff. In the first week, because of the amount of times I used it, I had to change my coil in the week. For others, a coil could last for 2 to 3 weeks.

At the moment, I usually fill my vape all the way up till you can’t fill it anymore and then I vape the whole lot of that. I don’t like leaving the liquid left inside the cap, otherwise it will leak and then it will ruin the vape. After vaping all of that away, I’ll pick up a ciggie and smoke it. And then, the vape has gone flat and then I’m just like, argh, I might as well just have a smoke again. Some vapes, they only last two hours – not very convenient.

The cost of tobacco

The price is shocking! It’s really shocking compared to how much they used to cost. So, I buy my smokes from discount shops. There’s shops that sell smokes, like $3 or $4 cheaper than a normal shop or gas station or even the supermarket.  The price is what gave me the courage to vape.

I’ve tried what they call “Tongan tobacco”. I don’t know if it’s because it’s Tongans that sell it, but that’s what they call it. It looks like the tobacco inside of tailormades and it’s really, really dry. It really stinks and it’s really harsh. But it’s very much cheaper. A packet of 30 grams in a shop would be $56.50 and that’s not including papers and filters! For 30 grams of Tongan tobacco, it’s only like $10.

I haven’t bought black market cigarettes, but I wish there’d be some ’cause they’d probably be cheaper, ha ha.

At home, smoking is outside only. I don’t smoke in my car 'cause that’s my son’s safe haven. I do smoke at work, but not as often as I used to before I started working. We have to go off-site around the corner and down another street, which is why I don’t go and have a smoke ’cause it’s too far.

The ban on smoking in cars with under 18s: I think that’s awesome. Especially health-wise for the vulnerable children that don’t have a choice or a chance to have a say.

I have heard of Smokefree 2025. I’m dreading it. The tax rises are shocking but, at the end of the day, if they wanna achieve something like Smokefree 2025, that’s something that they have to do. But then in saying that, I’m like, oh, I don’t know. There’s way more under-age children that smoke nowadays, than there was when I was growing up. And robberies – they’re quite high. I think there’s advantages and disadvantages of that vaping. I believe crime levels is on the rise. The advantage is health.

If they wanna help people to quit by then, there’s not as much stop-smoking advertising as I think there should be. The biggest need is to help the elderly that have been smoking for a while. My dad is 57, he’s not that old yet, and he’s been smoking for, like, 40 plus years. I’ve asked him, if it's hard for me to give up, and I’ve only been smoking for the last 15 years, what is the difficulty for him? He says for him, it's gonna be difficult. He doesn’t know how he’s gonna cope, especially if it gets taken off the shelf. He says “I think I’m gonna die faster of that.” So, I’ve said, “Then we’ve gotta start making some changes now so we’re prepared for that time.”

I didn’t really understand the referendum. I didn’t know whether it was for personal use in terms of health-wise, or just for like a hobby? Or, like an addiction or something like that. In terms of illnesses, I think that it should’ve went through because when I was 18, my Mum was diagnosed with breast cancer.  She recovered. For the first 3 months she did take her pills, but there were side effects. Some days it was just too hard to manage. Keeping the illness in consideration, we tried something else. In the beginning, people were making her marijuana cookies or brownies but it used to body drain her. So, she started smoking it.

No change really. Occasionally, due to stress, I smoke a little bit more.  That’s just an excuse I suppose. I’m averaging about the same number of cigarettes a day.

I still use the vape. When I vape, I smoke a little bit less. I still do both, though vaping a little bit more now so that I don’t have to rely on smoking. I vape for my health and it’s way cheaper.

I’m now pre-diabetic. Last year my blood sugar level was 58, so diabetic, but I recently went to the doctors and I’ve gone down to 46, into the pre-diabetic range, which is pretty good. I’ve got 6 more to drop before I can go out of the zone. I haven’t changed what I eat dramatically, but I have cut down heaps on eating out. Which was hefty on the pocket and everything else, so that’s helped.