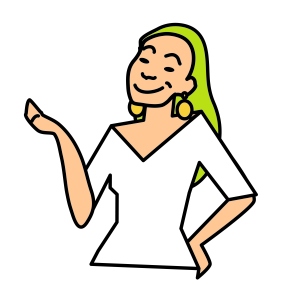 Mei is a 38-year-old Chinese woman who came to New Zealand at the age of 16. Mei lives in Auckland and works part time in the education sector. She is married with school-age children.

I started smoking when I was probably 18, 19 years old. It was just the friends you make, and they started smoking – and back in 1999 it was kind of like a cool, social thing to do. Especially when you’re at that teenage period, you try to fit in. I think that’s why I started.

Back then we smoked rollies. I hated it the first time. My throat was burning and the smell and everything. I can’t remember why I carried on. It just became heavier as you catch up with your friends, and when people offer you a cigarette you’re just like, “Oh okay”.

I went into hairdressing. That’s probably how I became a daily smoker. Back then, everybody in the hairdressing industry was smoking. When you asked for a break they’d say, “Oh, you know, we’re so busy, we have so many clients”. But if you said, “Can I have a ciggie break?” they’d go, “Okay, go ahead”. That was the hairdressing culture back then, 20 years ago. I remember I’d buy a 20 pack probably every 2 or 3 days.  Then gradually I went up to the 25 pack.

It was very different back then. In those days, I craved for it. You know how you want something, that need-it-right-now kind of feeling? Now, I don’t smoke like that anymore. I don’t really think about it during daily life. I do social smoking, like whenever there’s a social thing or a party and you want one when you have a few sips of alcohol, you know.

I have a group of friends who are still regular smokers, so they just buy duty-free or whatever they can get their hands on. If I go to a group thing and they start to light up and they’re like, “Oh, you want one?” I’ll say, “Okay, yeah”. My friends just give them to me and I’ll have a puff. I can’t even finish a whole one.

If it’s just me and my partner and my kids, I wouldn’t smoke in front of my kids. I wouldn’t want them seeing me holding a cigarette. That’s just a mum-thing, you know.

I need a coffee more than a cigarette at this stage, so am not feeling like I want a cigarette when I get up. I used to get up first thing and have a cigarette. Or while I was driving, I couldn’t just do nothing – I’d just have to light up a cigarette while stuck in a traffic jam.

I tried a couple of times to quit. Just to give it a go, when I was 24, 25, to see what life was like without cigarettes. I remember struggling times, you know, just wanting something and eating chewing gum, and then you start eating more food. That’s why people usually put on a bit of weight, you know, when you try to quit the cigarettes – because you use another behaviour to exchange it.

I tried the patch. It didn’t work. I tried the very first batch of e-cigarettes. That just made me want a cigarette more. At the end of the day it’s your mind, isn’t it? If you’re telling yourself you don’t want to smoke, you’ll stop. But if you’re still craving for it, it doesn’t matter what you put on – it’ll just make you want a smoke more.

Just suddenly, one day, I didn’t have a craving for it anymore. I’m not sure if it was because I was pregnant. I think I quit a couple of months before I found out I was pregnant. And then 2 months later, bang, got pregnant. During the pregnancy I never picked up cigarettes. And you just don’t have a craving for it anymore after the birth – I think I completely stopped smoking for 4 or 5 years until my little boy got older. I was too busy, you know, kind of running around. I just forgot about it and by that time the price of cigarettes had gone through the roof.

I don’t know anybody that’s used Quitline, but I hear about them a lot on TV and radio. The only advice I got from my GP was when I was pregnant. She told me if you are smoking or taking drugs don’t quit it, because that’s actually doing more damage than when you quit it. Because of the addiction. I remember that, ’cause I was the first one that got pregnant out of my friends.

I have a vape. It’s just for social parties and stuff. Socially, if I couldn’t smoke, I’d vape. But I don’t really use it. I still prefer a cigarette. When you’ve had a busy day and you’re really tired and you have a cigarette and exhale, it like lightens you up. The cigarettes give you a hit, but the vape doesn’t. I don’t like the feel and I don’t feel much release from vaping. Some of my friends swear by it. They’re absolutely loving it. But personally, me and my partner, we still prefer cigarettes rather than vape.

I’m not very keen on the government’s heavy tax on the cigarette policy. It’s very expensive now. With the cigarette prices so high I don’t know if it will make people quit cigarettes. It’ll probably make a few social smokers quit, but for people who are addicted to cigarettes, they’ll probably use all their money to buy cigarettes and, like, buy less groceries. I know it’s a strategy the government are using to get people to quit, but I think when people are addicted to something, the price won’t put them off. They will try other ways to get money. Addiction is addiction.

I’ve definitely heard about Smokefree 2025 but I don’t think it will happen. That’s only in 4 years! I bet more people have started smoking because COVID-19 has put more stress on people. I mean, the idea sounds great. If they’re doing that for the good health of people, it’s a good idea and good on them planning it, but let’s wait and see. Like I said, addiction is addiction.

Bans on places where people can smoke…

The ban on smoking in cars with children under 18 – I think that’s a good idea. The children don’t have a choice. They shouldn’t be forced into second-hand smoking.

I’ve been busy – kids, work. I just got the flu jab so I feel a little bit under the weather. I never tried it last year because of the COVID. I quite liked it ’cause I haven’t been sick the whole year.

I think my smoking is the same amount as before.  When I party, after a few drinks, we’ll have a few cigarettes.

Last time, when I bought the vape device, I bought quite a few flavour things.  But I don’t use that as much as my friends. I only do it when I party and stuff. I still smoke more than I vape. I’m not a daily vaper. Is that even worse, daily?

My husband doesn’t do much vaping, he does cigarettes.

I haven’t seen much campaigning about cigarette or vaping. Ads jump out every now and again with vapes, but I hardly ever see cigarettes campaign or ads anymore. When you’re YouTubing, ads jump out. It doesn’t encourage you, eh? There’s these cool people dancing and then you see the smoke – you know with those ads what it’s about.

Like, they’re talking about they try to get no smoking by 2000 and something… 25? I don’t know if they’re gonna plan, like, vaping as well?

Thoughts on the government banning filters

Interesting. Not sure. Then how are people going to doing the rollies without filters? They just go tobacco and DIY some filter? Oh, interesting. I never thought about that. That’s a weird campaign if the government gonna do that. That was definitely cutting down the source of the tobacco, isn’t it. Some people are gonna be very angry, especially if they’re a low-income household who is so addicted to cigarette. What are they gonna do? They can’t afford a cigarette, now they can’t do a rollie. When you’re addicted to something, that’s enough to drive you crazy. I don’t think those people will stop smoking, not if you’re really addicted. You can’t quit unless you want to quit. They’ll find a way – be creative, make their own filter.

Thoughts on banning sale of tobacco to anyone younger than 30?

But I mean, like, what’s the adult age – 18, right? I mean, in some countries, you are 21 – you can’t buy cigarettes, or alcohol, but, oh, 30? That’s, I don’t know, I don’t know how people gonna react to that. What I noticed though, young people these days, you hardly ever see them smoking anymore. They always just do a vape. I don’t see much young people smoking down the street, they just vape. Young people don’t think smoking’s a cool thing anymore. It’s all about the media for young people. I know people who move from cigarette to vaping – 80% of them don’t wanna go back. It’s easy for some people. But if they couldn’t vape at all – like my husband…. But most likely those people are older than 30.

What if the government took the nicotine out of tobacco?

What’s the point of buying a cigarette then? It’s like you smoking the grass, like dry grass. I don’t know. I haven’t thought about that. I’ve never tried that, so I don’t know. The whole point of having a cigarette is the nicotine, that special feeling when you have a cigarette. But I’m not sure if they can take just anything out what the cigarette will taste like. Maybe some can be without, you know, for people who just like party casual smoking.

I’m not a regular smoker, so in a party I have a cigarette then sometimes I get lightheaded ’cause I haven’t had nicotine for a long time. It just rushed into your head, that kind of feeling. I don’t have the strong craving like I used to.

Smoking, it’s all in your mind, unless you’ve been smoking a packet a day and addicted to it. We don’t know if it’s addicted to the nicotine or addicted to the behaviour. But once you’re addicted, that’s another story. I’m a wine drinker but I’m not a tea drinker, so I don’t have a ritual. But you know, after a long day, that feeling when you crack open a bottle of wine – that’s the feeling we’re talking about.